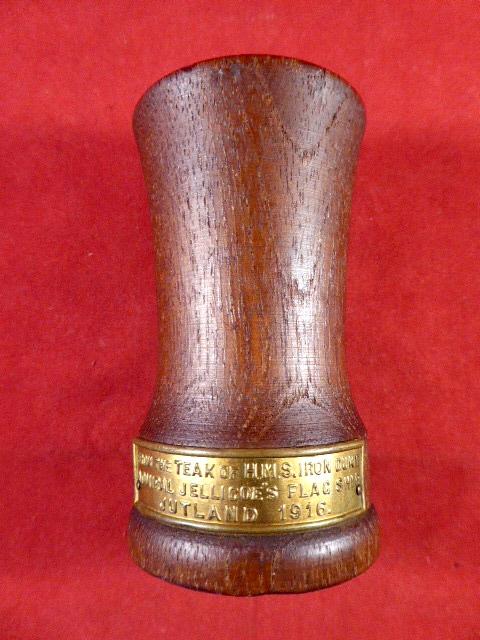 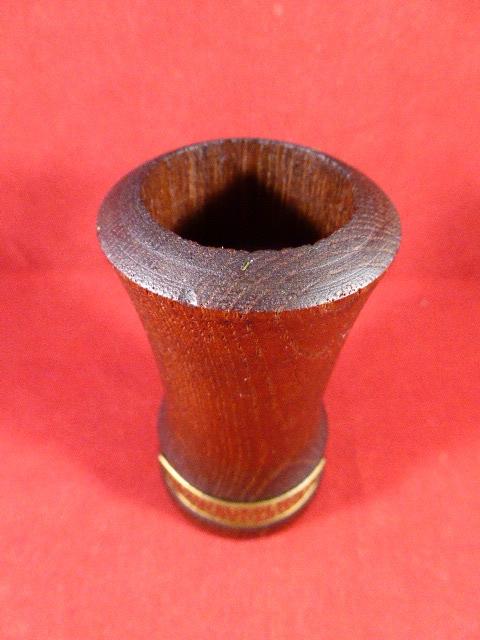 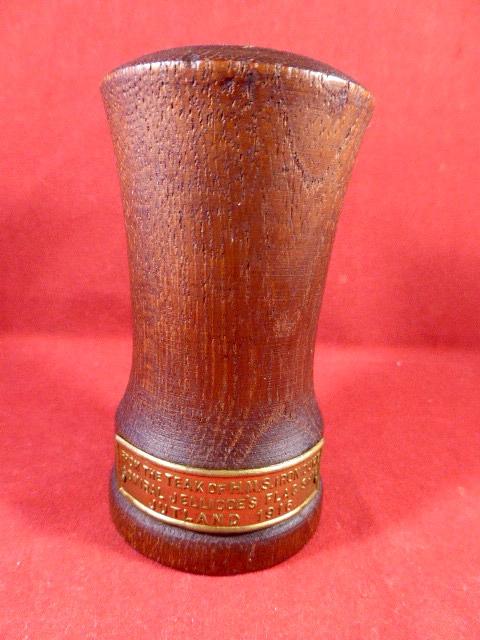 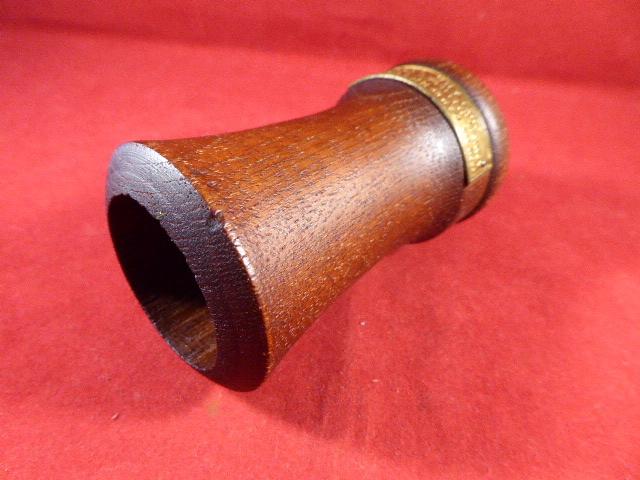 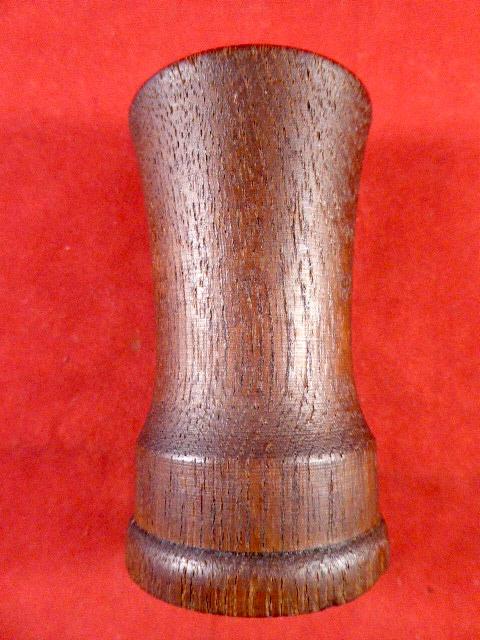 Here on offer is a GENUINE and unusual piece of teak wood from the famous Battleship, HMS Iron Duke that has been made into a treen spill vase or penholder.

It has a brass plaque pinned to the front, which reads:

Some history relating to this great ship follows:
HMS Iron Duke was a battleship of the Royal Navy, the lead ship of her class, named in honour of Arthur Wellesley, 1st Duke of Wellington. She served as the flagship of the Grand Fleet during the First World War, including at the Battle of Jutland. For the majority of the Great War, she was based with the rest of the Grand Fleet at Scapa Flow in Scotland.
Iron Duke was launched on 12 October 1912 at Portsmouth, England, the first of her class. After commissioning, she joined the Home Fleet as the flagship of Admiral Sir George Callaghan. Shortly before the beginning of hostilities, Callaghan was relieved by Admiral Sir John Jellicoe, who made Iron Duke the flagship of the newly organized Grand Fleet.
Her only major combat service during the First World War came in the Battle of Jutland on 31 May 1916, where she served in the Fourth Battle Squadron. She delivered a number of significant shell hits on the German battleship SMS König, at the point when the two main fleets collided.
She later became the flagship for a short time of Admiral Sir David Beatty when he assumed command of the Grand Fleet in late 1916, although he soon moved his flag to Queen Elizabeth.
After the war, she was transferred to the Mediterranean Fleet, where she again served as flagship, this time for Admiral Sir John de Robeck. She served with the Mediterranean and Atlantic Fleets until she was paid off in 1929.
In 1931, after the London Naval Treaty, Iron Duke was disarmed and she served as a gunnery training vessel. "B" and "Y" turrets and the torpedo tubes were removed, two 4 in (100 mm) AA guns were mounted and another AA gun was mounted in place of the "B" turret. In 1939, another twin 4.5 in (110 mm) turret was mounted at the "X" turret.
During the Second World War, she was used as a base ship at Scapa Flow, where she became a target for three German bombers and was forced to beach following an air attack in 1939; despite severe damage the ship was patched sufficiently enough to enable her to avoid sinking. She was refloated and saw continued service until the conclusion of hostilities. She was sold in 1946 as scrap, and broken up in Glasgow in 1948.

The item is in EXCELLENT condition no chips or cracks.