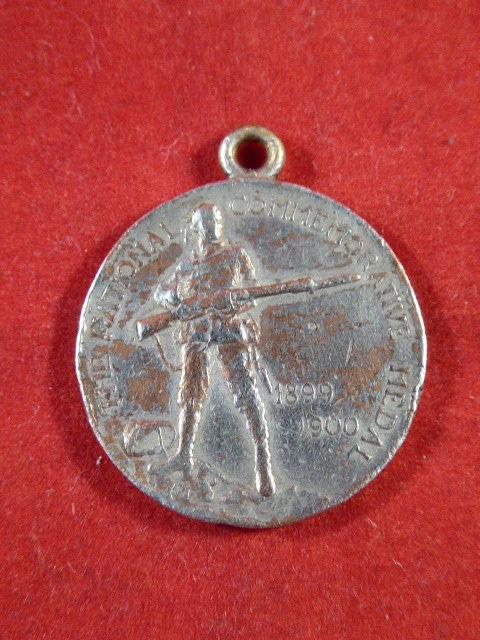 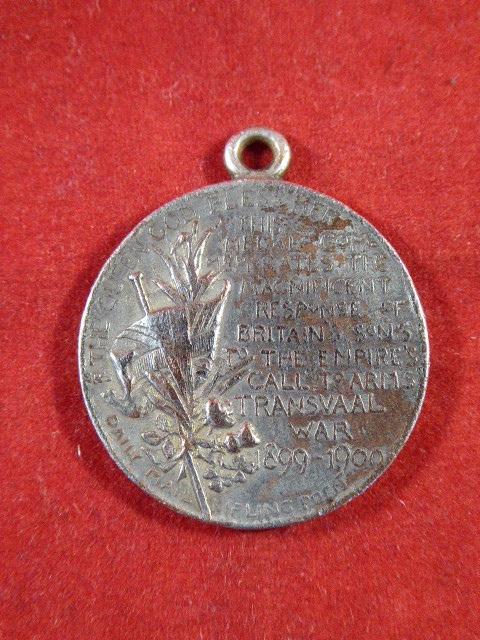 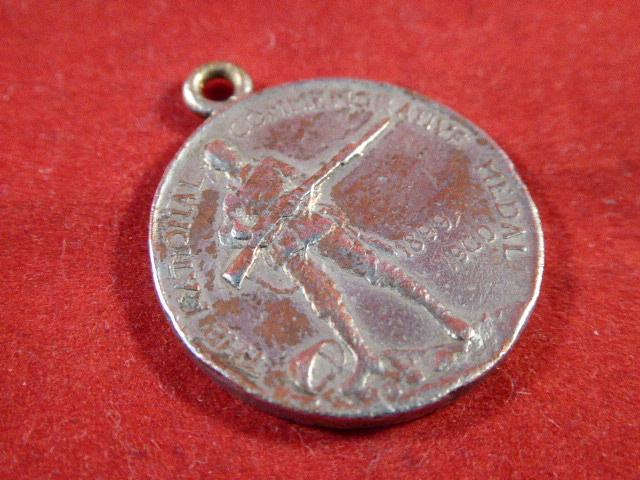 This medal is the silver plated bronze version and shows some loss of plating on both sides and wear to its raised surfaces.

The sentiment in Britain at the outset of the South African War was strongly in favour of the military action. Thousands of young men volunteered for service to “Queen and Empire”. Charities were set up to assist them and their families.

The proceeds from the sale of this medal went to Daily Mail for the Kipling Poem War Fund which is reported to have received 70,000 pounds sterling in fourteen weeks.

On the front is the image of a British soldier which is from the illustration by Richard Caton Woodville, Jr. (1856-1927) known as the “Gentleman in Kharki”.
He is shown with rifle at the ready standing on rocky ground, head bandaged and helmet at his feet.

On the reverse it depicts a flagpole with the Union flag wrapped around an ear of wheat entwined with the national flowers of England (rose), Scotland (thistle) and Ireland (shamrock).

Above and to the left: “THE QUEEN GOD BLESS HER” and below: “DAILY MAIL KIPLING POEM”. The maker’s name SPINK & SON, is shown as “S & S” in small letters close to the rim on the left.

There is a small loop attached to the top edge.