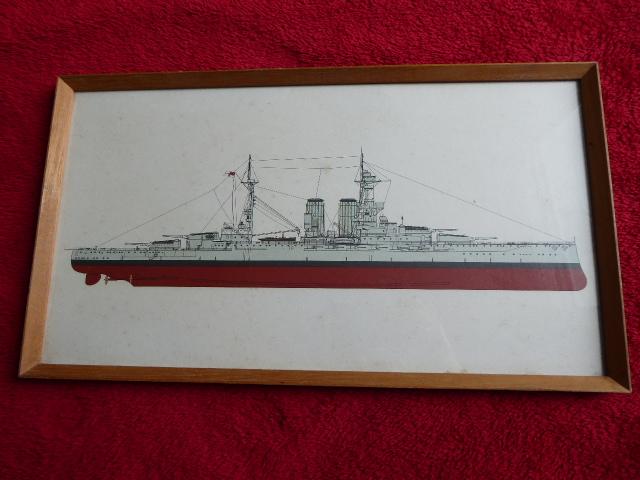 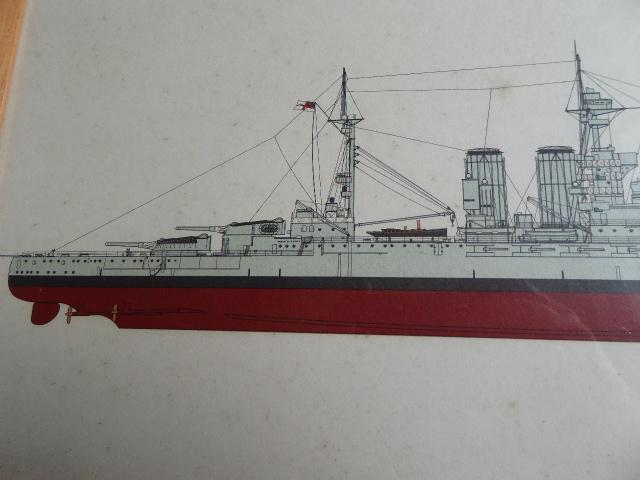 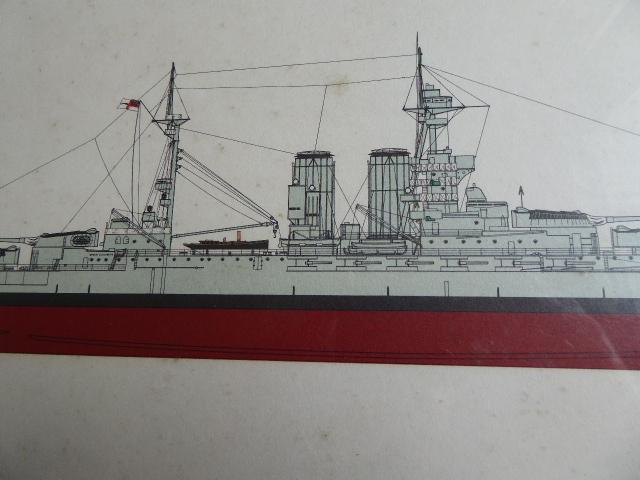 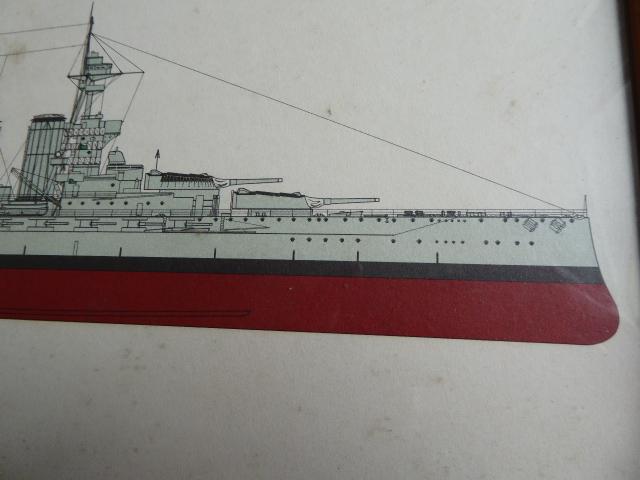 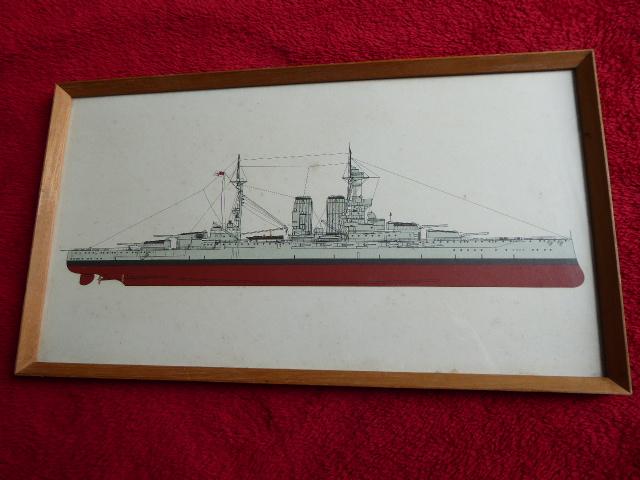 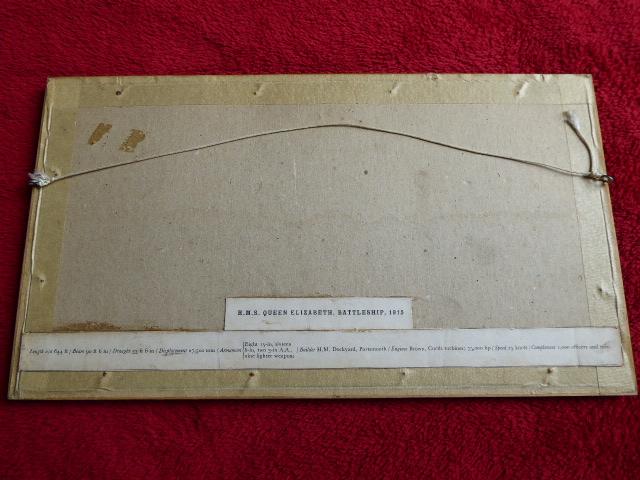 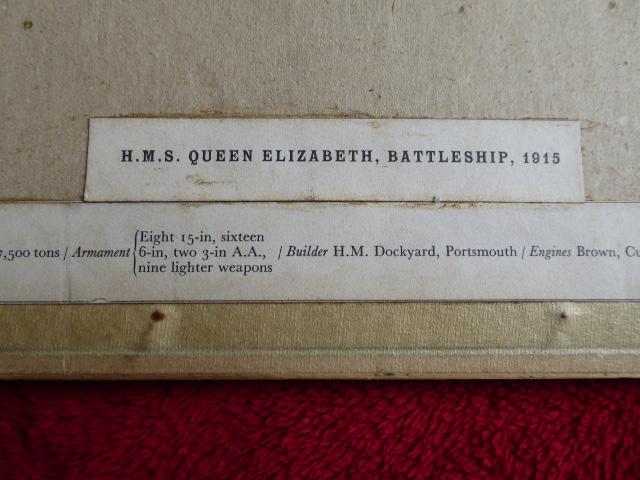 The print itself shows some fine detailing of the ship and has just tiny spots of age foxing, which are hard to see.

It has been framed with a glass front and a light wood border.

There is some cut out paper details about the ship glued to the back of the frame.

H.M.S. QUEEN ELIZABETH-Class battleship ordered from HM Dockyard Portsmouth in June 1912 and laid down on 21st October that year. The ship was launched on 16th October 1913 as the first Royal Navy warship to carry this name. Her Badge reflects the particular association with the Royal Family. Build was completed on 22 December 1914 and she was deployed in the Mediterranean. Her distinctive service during WW1 included participation in the Dardanelles campaign and the surrender of the German High Seas Fleet in 1918 when the terms of surrender were given to Admiral Von Reuter on board.

In 1937 she was selected for an extended modernisation, which began in August that year and was not completed until 1939.

Her WW2 service was particularly well known as she was seriously damaged at Alexandria after explosive charges had been placed on her hull in an attack by two man human torpedoes in December 1941. She then had an extensive period under repair and refit in a US Navy Dockyard Norfolk, Va before resuming Fleet service in the East Indies Fleet. She took part in many offensive operations against the Japanese bases in the Indian Ocean and in support of landing operations in Burma before return to UK before VJ Day.

After brief service in the Home Fleet she was placed in Reserve at Portsmouth during 1946 and sold for demolition two years later.