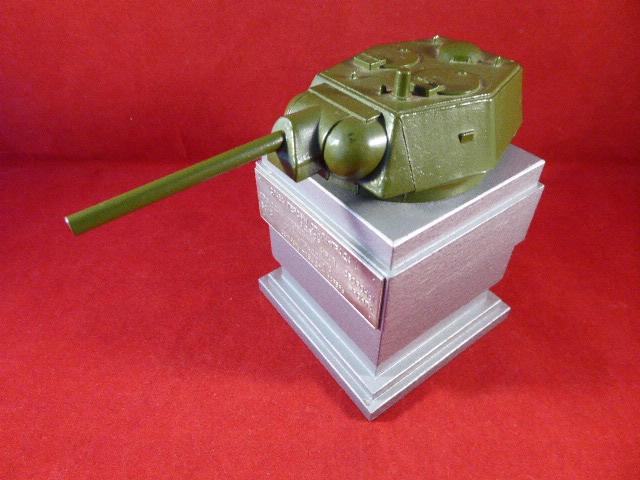 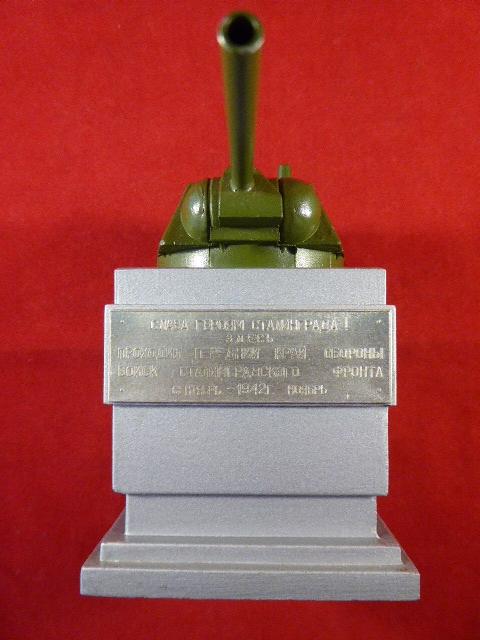 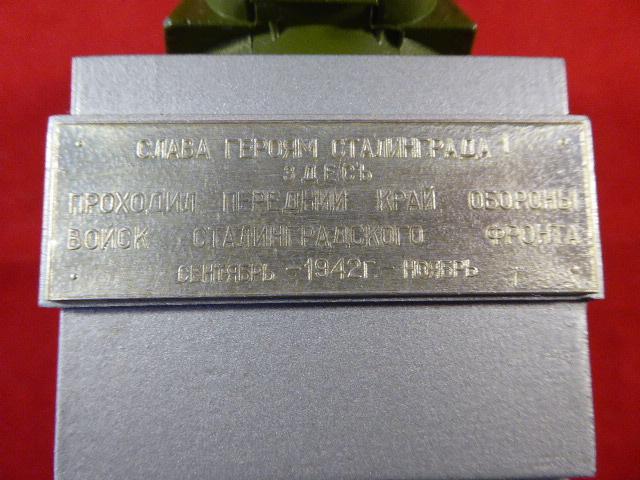 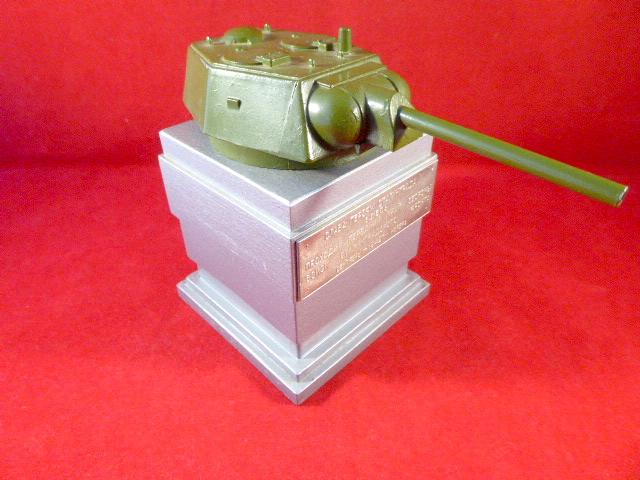 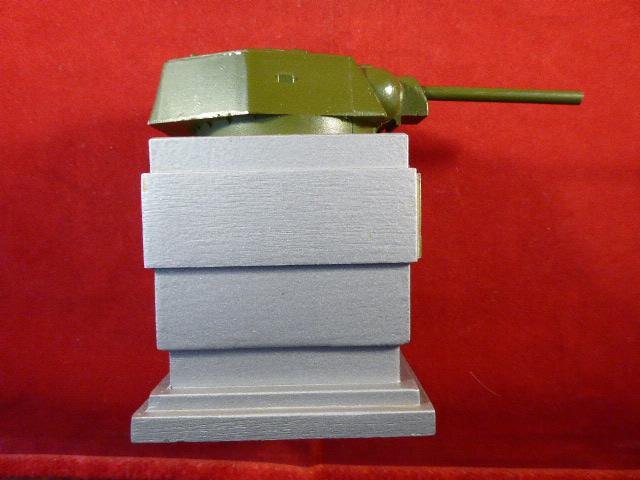 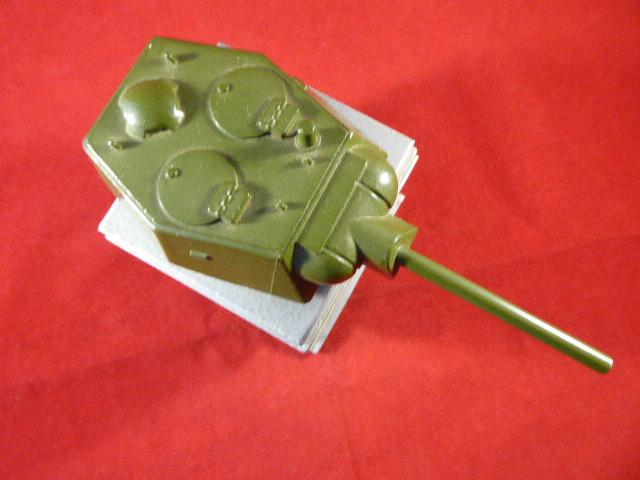 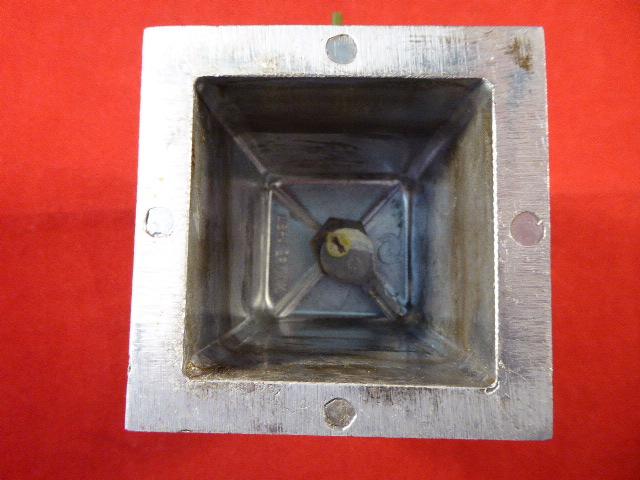 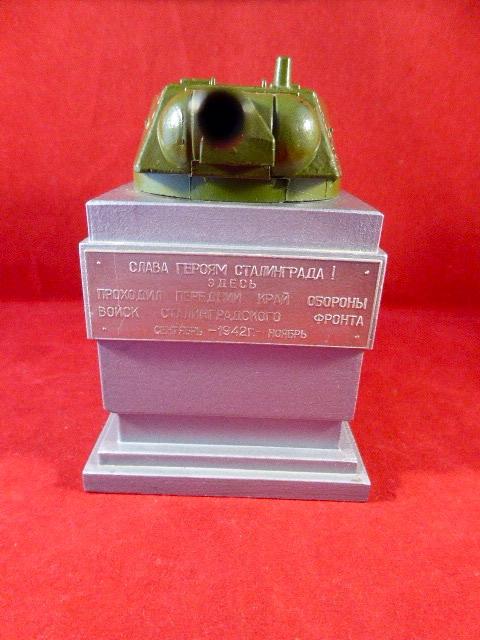 The green painted metal scale model of a T34 tank turret is fixed to an aluminium square column base. Weirdly underneath the base where the turret has been screwed in place, there is a small key? Clearly the owner thought this was a good place to hide a key, so I have left it is place as it is part of the trophies history.

The detail on the turret is excellent and it retains all of its green paint. The base is also in mint condition.

On the front of the base there is a metal plaque that has raised wording in Russian commemorating the heroes and battle of Stalingrad.

A rough translation of the Russian to English reads as:

GLORY TO THE HEROES OF STALINGRAD

THE FRONT LINE OF THE DEFENCE OF STALINGRAD WAS PASSED HERE


The T-34 was essential in resisting the German summer offensive in 1942, and executing the double encirclement manoeuvre that cut off the German Sixth Army at Stalingrad in the winter of 1942. The Sixth Army was surrounded, and eventually surrendered in February 1943, a campaign widely regarded as the turning point of the war on the Eastern Front.