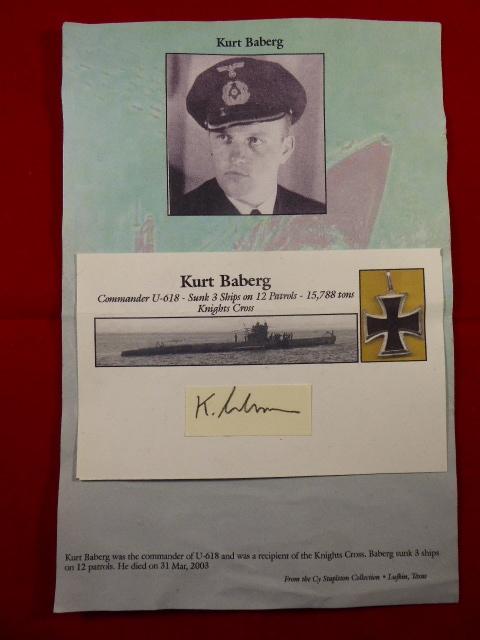 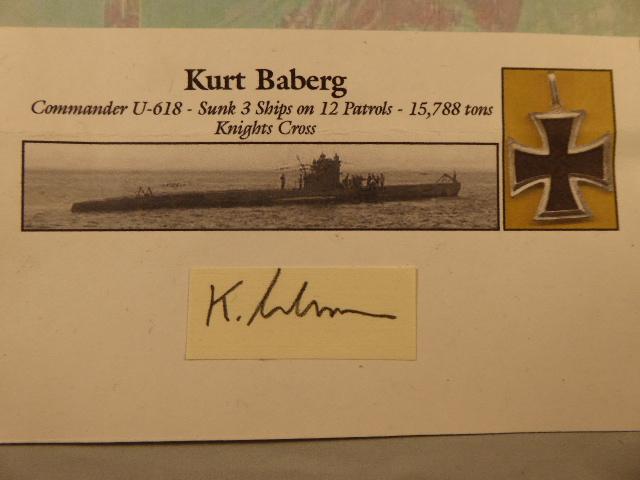 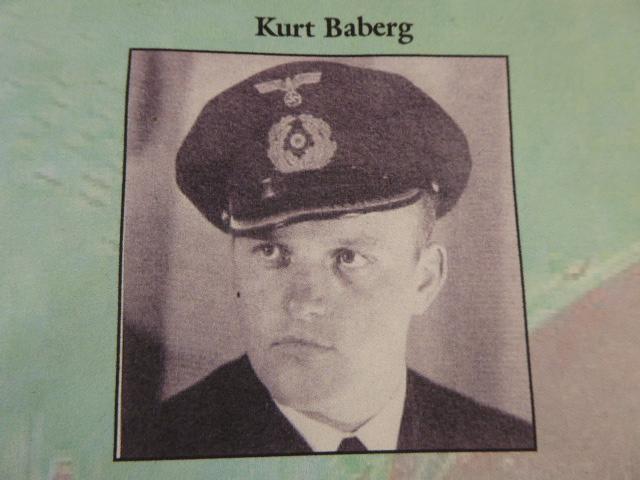 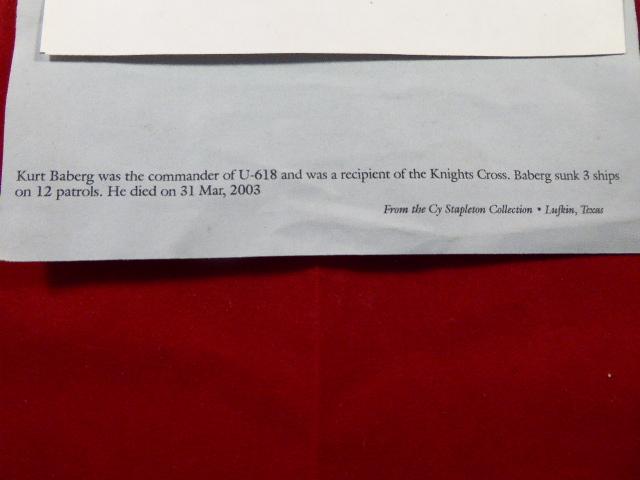 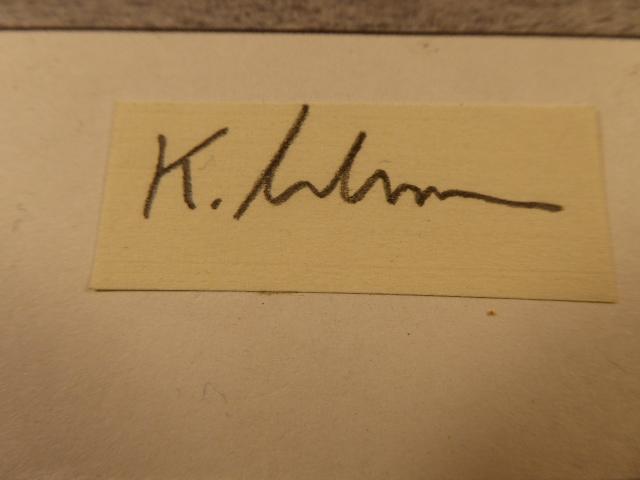 Here on offer is a genuine Signature of Kurt Baberg the WW2 German Navy U-boat commander of U-618 and the recipient of a Knights Cross.

From what I can ascertain, this original signature has been mounted on a green coloured page with the image of the commander, a Knights Cross and U-618, by Cy Stapleton, East Texas, USA.

At the bottom of the page it has printed:

Apparently he acquired a quantity of hand-signed bookplates from an author who had been attending Knights Cross reunions in Germany for the many years. He acquired these bookplates to affix to limited edition copies of his interviews and books.

Some history relating to Kurt Baberg:

Born 23rd February 1917, Kurt Baberg entered the Kriegsmarine in 1936. Under the command of Kurt Baberg, U-618 left Kiel on the 1st of September 1942, sinking two convoy ships on his first patrol before returning to port at St Nazaire at the end of October. In April and May of 1943, U-618 came under aerial attack twice, escaping damage on both occasions. In November 1943 and July 1944 the crew of U-618 destroyed two British bombers that had attacked the U-boat, while in December of 1943 U-618 saved 21 survivors from German destroyer Z-27. On his fourth patrol he damaged one ship and sunk another, the Empire Kohinoor. On the 14th January 1944 Kurt Baberg was awarded the Knights Cross. He had sailed on 6 patrols, spending 380 days at sea. On the 26th April 1945 he became Captain of U-827 until 5th May 1945, but did not do any war patrols. Baberg became a prisoner of war, being released in December 1945. He died on 31st March 2003.

The green coloured page is in great condition with just some minor creases to the paper, which also looks like it has been folded in half at some point in its life.

This page would make an excellent display piece for any German Navy collection, and should ideally be framed to protect it.