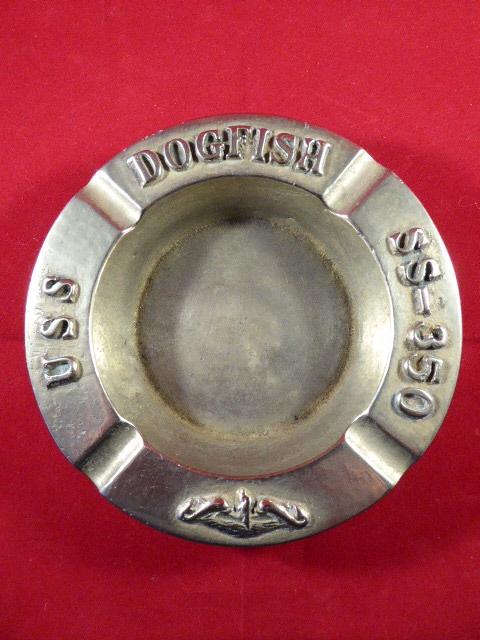 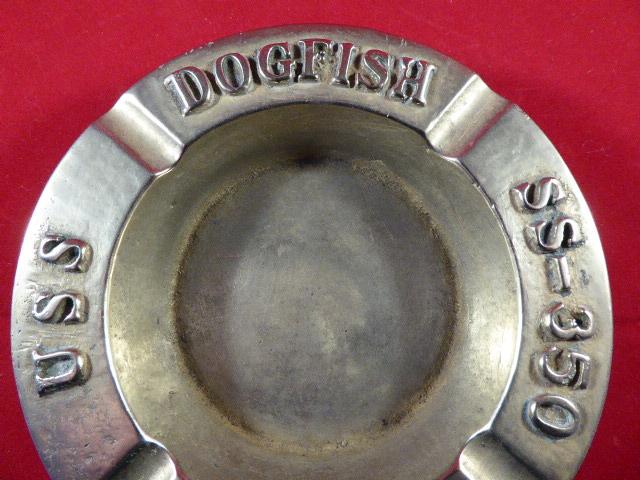 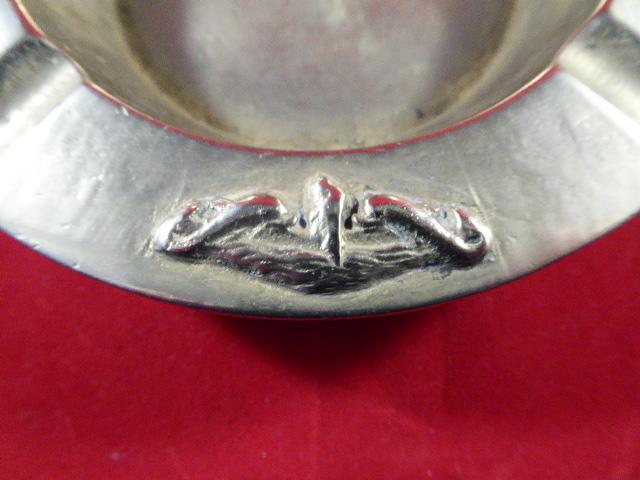 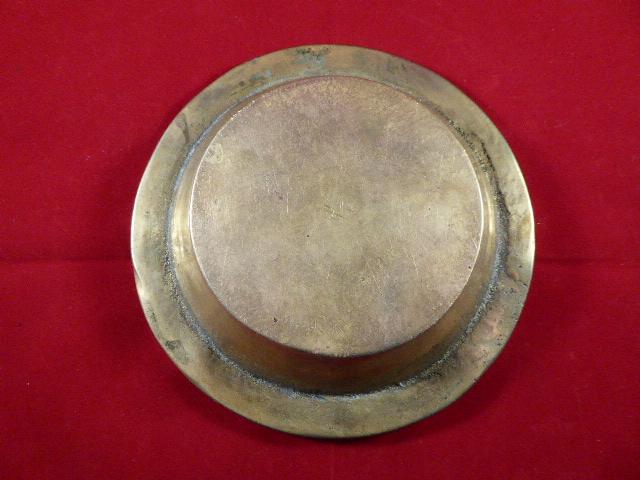 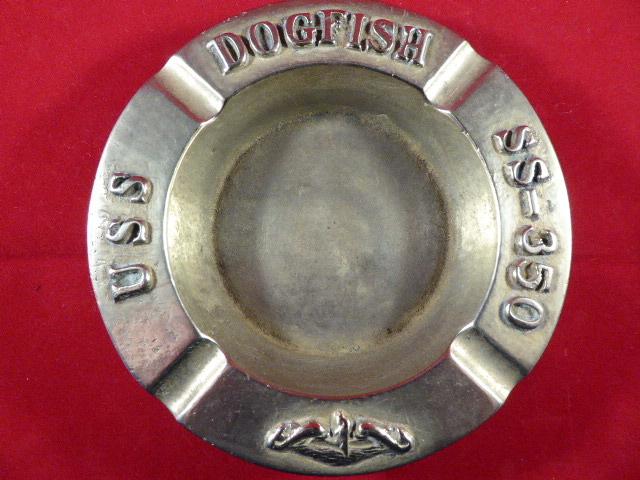 I believe this heavy ashtray has ben cast brass removed from the USS DOGFISH, after on of her many refits or even possibly when she was finally scrapped.

Some history about USS DOGFISH:

Her keel was laid down on 22 June 1944 by the Electric Boat Company, in Groton, Connecticut. She was launched on 27 October 1945 and commissioned on 29 April 1946 with Commander T. S. Baskett in command.

Like many other WW2 vintage diesel boats, DOGFISH underwent numerous modernizations and renovations during her lifetime in a continuing evolutionary process that sought to provide U.S. Navy submarines with a qualitative edge over potential adversaries.

Following more than twenty-six years of service, DOGFISH was decommissioned and stricken from the Navy List and was sold to Brazil on 28 July 1972. She was commissioned by the Brazilian Navy as the Guanabara (S-10) and served in that capacity until 1983, when she was deleted and subsequently scrapped.