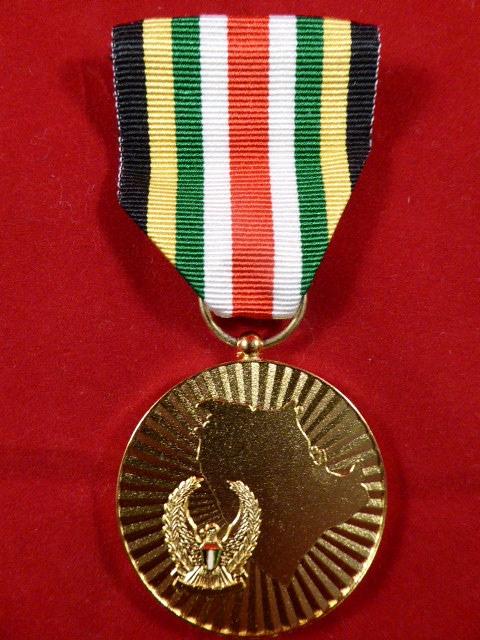 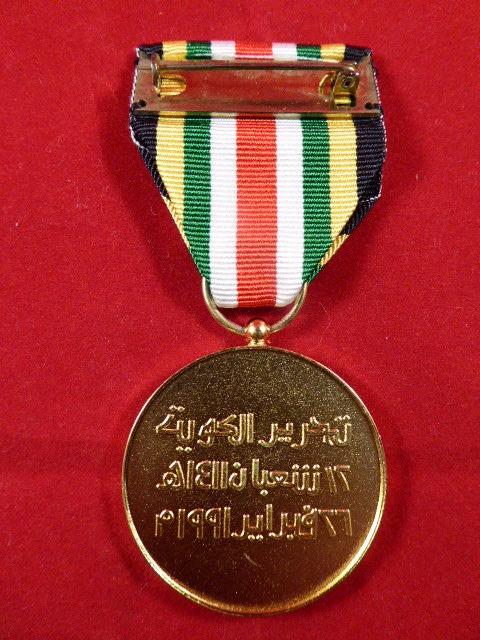 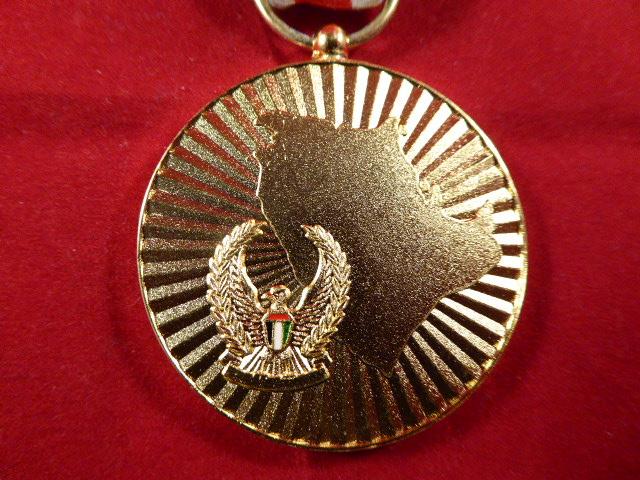 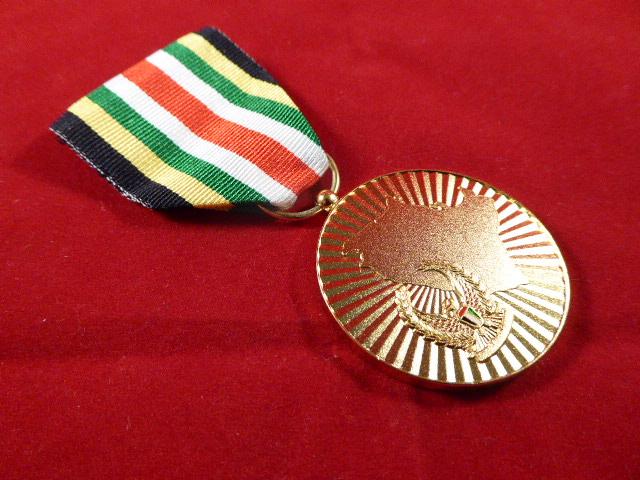 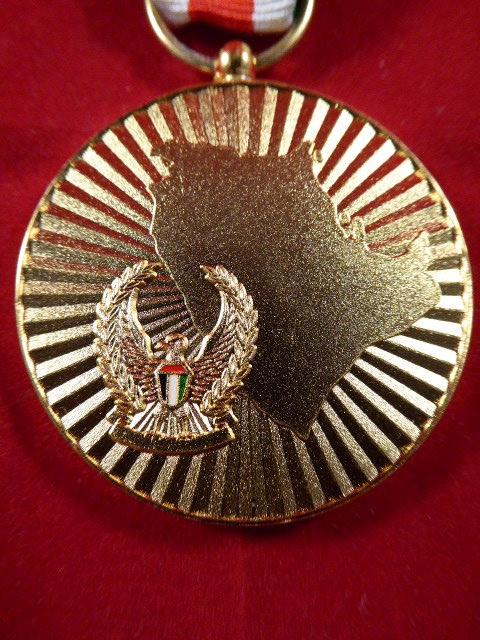 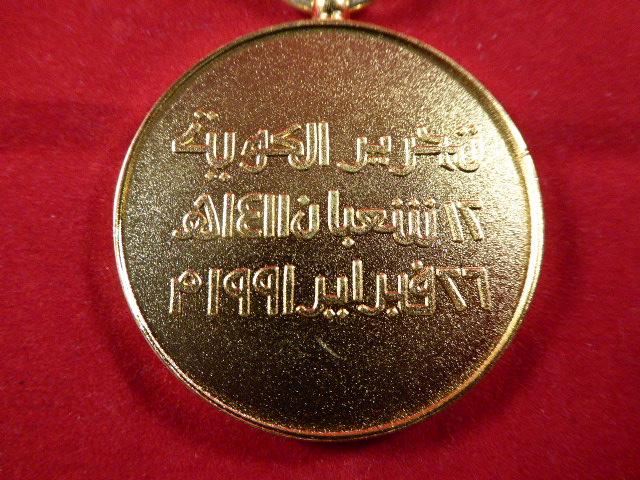 Here on offer is a genuine full size medal for the Liberation of Kuwait (UAE version) that was an award given to members of the United Arab Emirates military for service against Iraq during the First Gulf War, 1990 - 1991.

My understanding is that this medal was issued in very limited numbers, making it a true military collectable for the future that covers the First Gulf War.

The UAE’s armed forces have engaged in numerous wars since inception. During the Persian Gulf War, UAE troops, reportedly numbering several hundred, participated in the conflict as part of the GCC Peninsula Shield force that advanced into the city of Kuwait. United States aircraft bombed Iraqi positions from the UAE, and United States ships operated out of UAE ports. The UAE Air Force also carried out strikes against Iraqi forces. A total of six UAE combat deaths were reported as a result of the fighting.

The medal has a bright gold-coloured gilt finish to the bronze metal. The front depicts an image of the area of the UAE surrounded by sunburst rays with the image of the Seal of the United Arab Emirates Armed Forces finished with coloured enamels.

The reverse has an Arabic message that I assume relates to conflict that ended in 1991.
It comes with the correct original ribbon with a pin-back fitting.