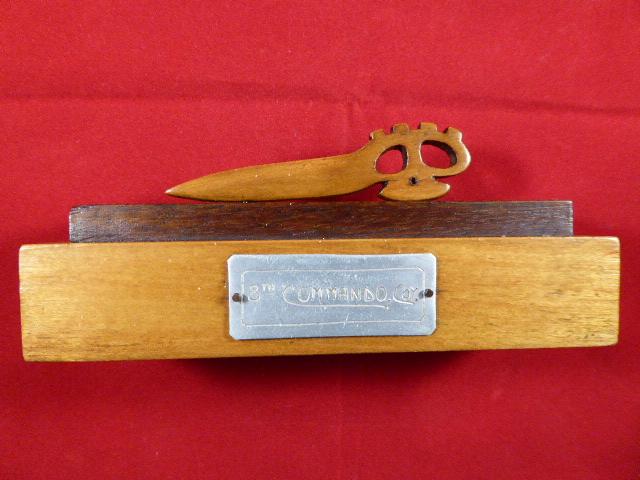 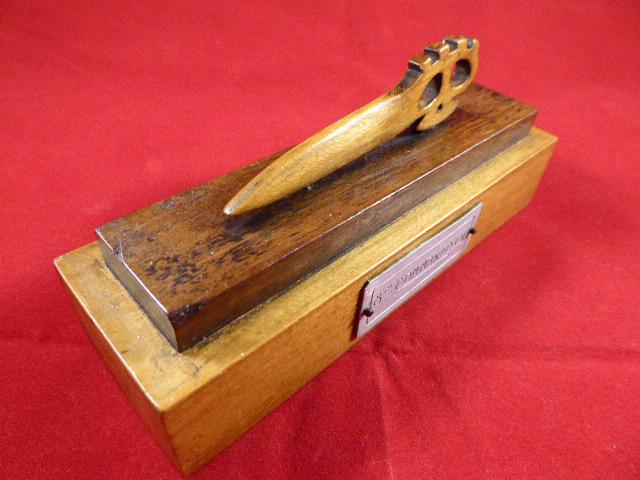 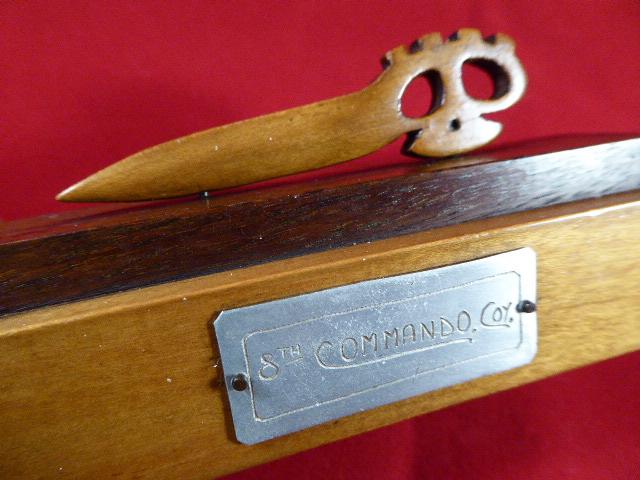 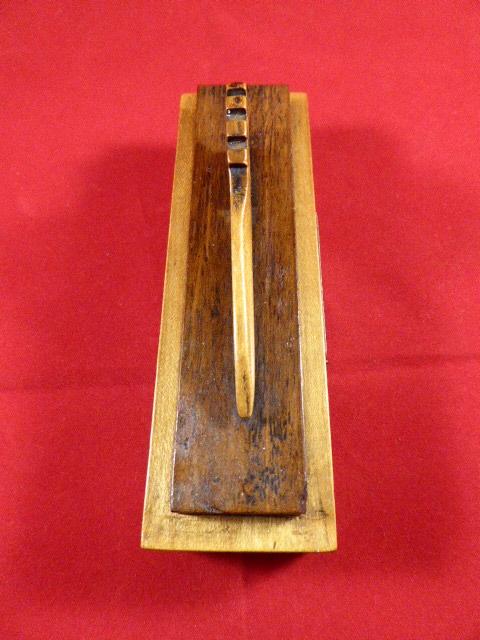 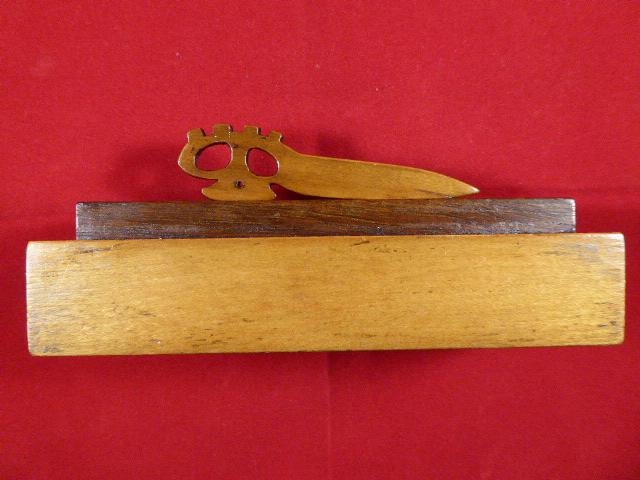 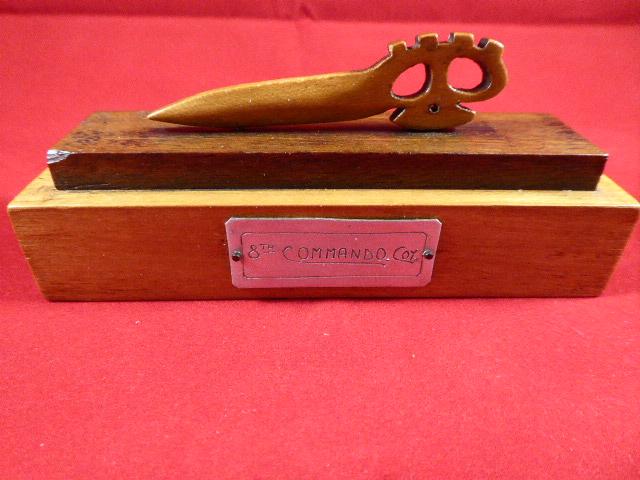 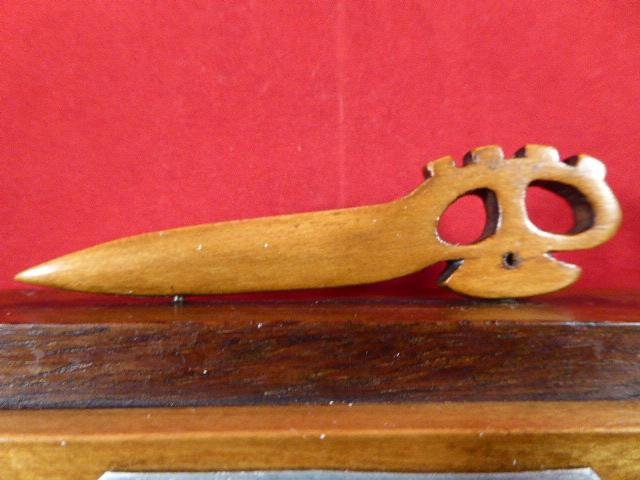 Here on offer is an unusual desk display being a small wooden hand carved Middle East pattern Commando knuckle knife, mounted on a wooden base.

There is an aluminium plaque attached to the front that reads:

This clearly relates to the British No 8 Commando Company.

The Commando was formed on the 23rd June 1940 reaching full strength in September at Burnham on Crouch, Essex. Mostly made up of members of the various Guards Brigades, it became unofficially known as No 8 (Guards) Commando.

Training took place with the Commando moving from Largs in Ayrshire to Lamlash on the Isle of Arran.
On the 24th October 1940 No 8 Commando and No 3 Commando were reorganised into 2 companies of the 4th Special Service Battalion. The Battalion HQ was at Brightlingsea.

A further reorganisation back to the smaller individual Commando units was authorised on the 26th February 1941. However just prior to this on the 31st January/1st February 1941 the Company consisting of No 8 Commando and a few from No 3 Commando became part of Layforce sailing to the Middle East as 'B' Batallion Layforce.

They operated as such until the Commando was disbanded with many of the former members of the Commando moving to units such as the Long Range Desert Group, Special Boat Squadron and L Detachment Special Air Service Regiment. Others went back to their original Guards Regiment.

This is a wonderful and unique little display piece for a relatively short-lived Commando Company.