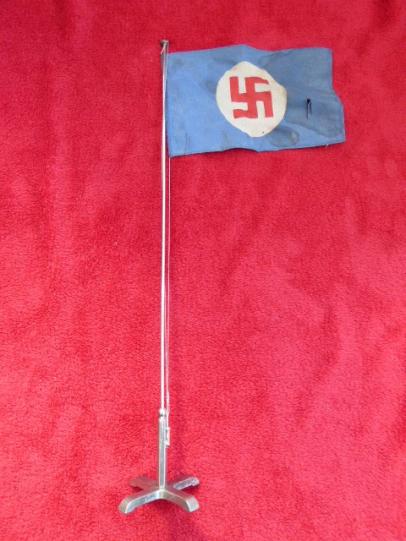 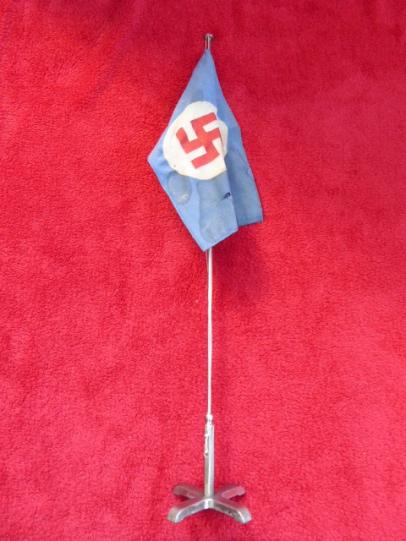 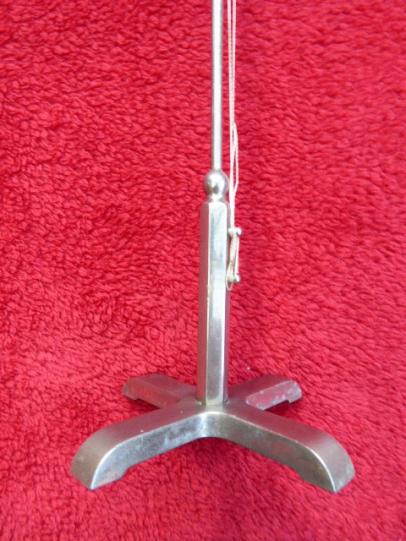 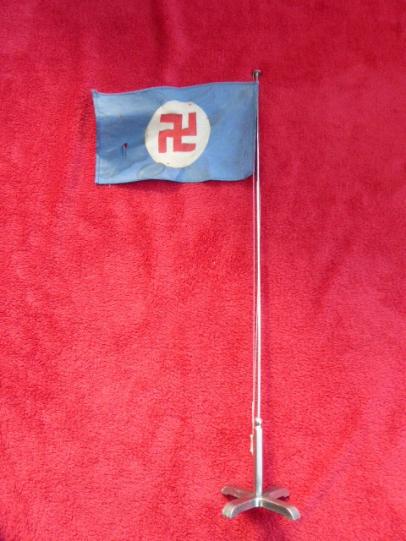 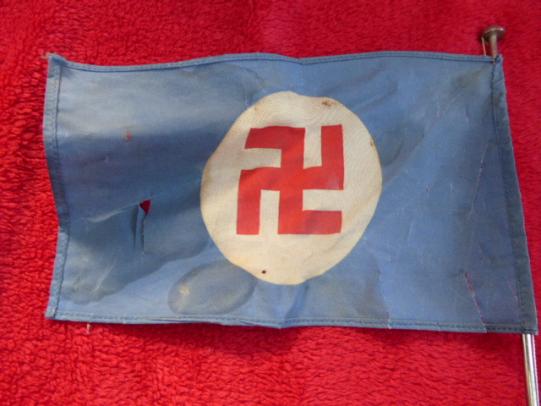 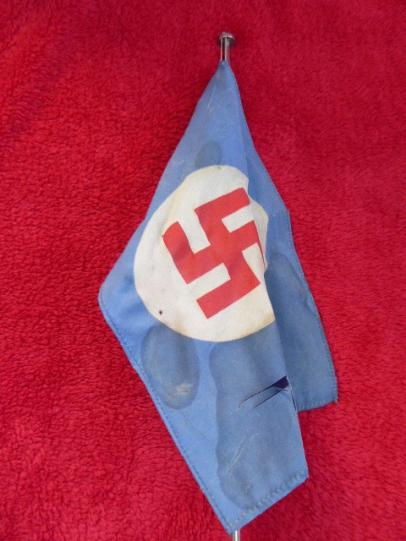 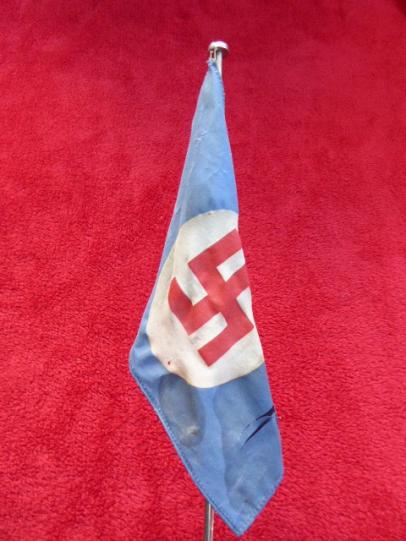 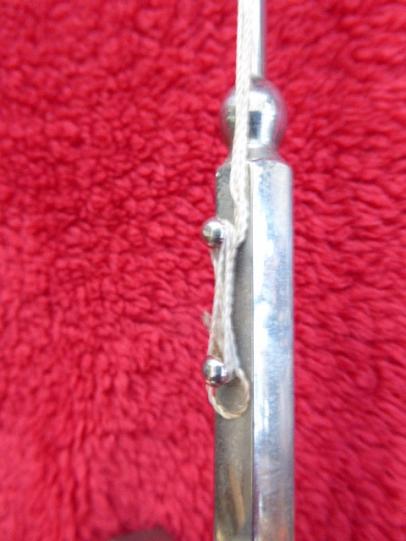 Here on offer is a very rare Nazi era desk flag and nickel-plated flagpole in the colours of the Canadian National Socialist Unity Party or National Unity Party, circa 1934.

The flag is made from a stiff plastic like material and has some splits and tiny holes, as shown in my pictures. It has been made in the colours of the Canadian National Socialist Unity Party and does show some staining, but still displays really well.

It is actually mounted on a very well made nickel-plated miniature flagpole and seems to still have its original thin cord, which allows the flag to be lowered and raised!

The flagpole shows some slight signs of light pitting to the nickel finish but is in excellent condition for its age.

This is a very unusual desk flag to still find in existence and it makes a great cabinet or desk display piece.

I have never seen another example in all my years of collecting.

Some history about the party:

The party was formed in February 1934 by Adrian Arcand who was a Quebec based fascist and antisemite.
An admirer of Adolf Hitler, Arcand referred to himself as the "Canadian fuhrer.
In October 1934, the party merged with the Canadian Nationalist Party.
By the mid-1930s, the party had some success, with a few thousand members mainly concentrated in Quebec, British Columbia and Alberta.
In June 1938, it merged with Nazi and other racist clubs in Ontario and Quebec, many of which were known as Swastika Clubs, to form the National Unity Party at a national convention held in Kingston, Ontario.

At a time of English-French Canadian tension, Arcand tried to create a pan-Canadian (English and French) nationalist political movement. It was based on the National Socialist (Nazi) Party in Germany.
Arcand then proceeded to Toronto where his new party held a rally of 800 supporters at Massey Hall.
The group was known colloquially as the "Blue Shirts", and commonly fought with immigrants, Canadian minorities and leftist groups. The group boasted that it would seize power in Canada, but the party exaggerated its own influence.

Actually, the “Blue Shirts” seem to have always been a small group wielding little influence. In Quebec, the Church warns the faithful against Fascism and Nazism. They are monitored by the government and in 1939, as war becomes imminent, prison sentences await Canadian fascists who would not desist from their activities.

On May 30, 1940, Arcand and other members of the National Unity Party where arrested by the Royal Canadian Mounted Police (RCMP) and jailed for the duration of the war.