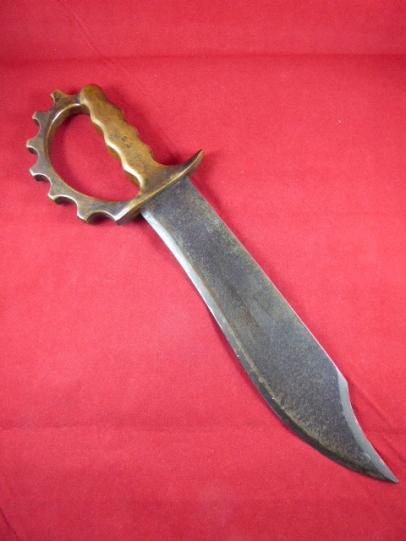 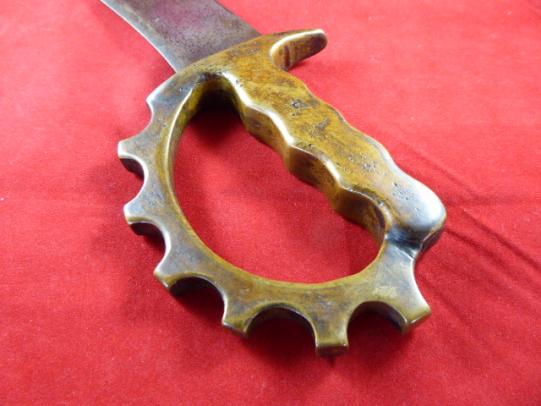 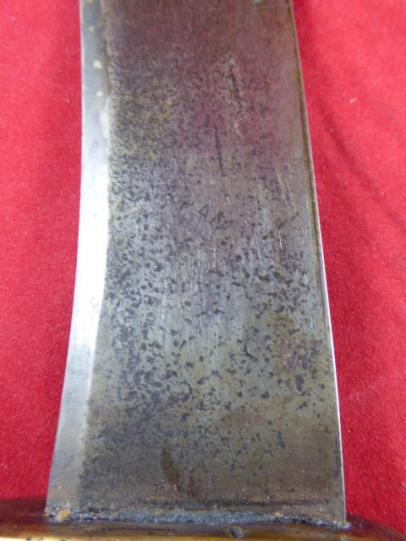 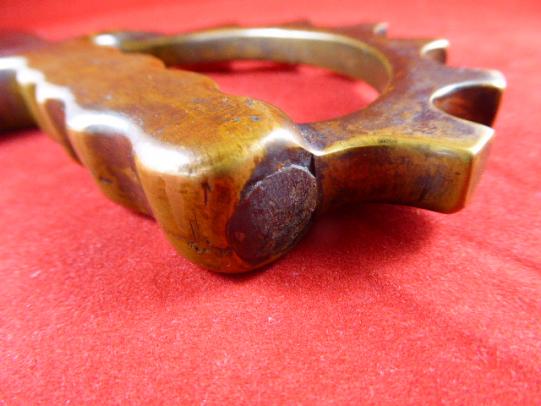 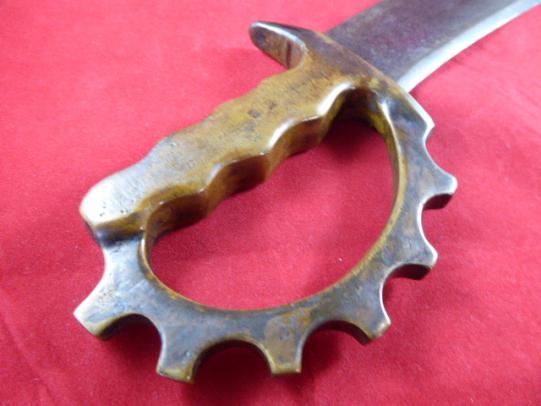 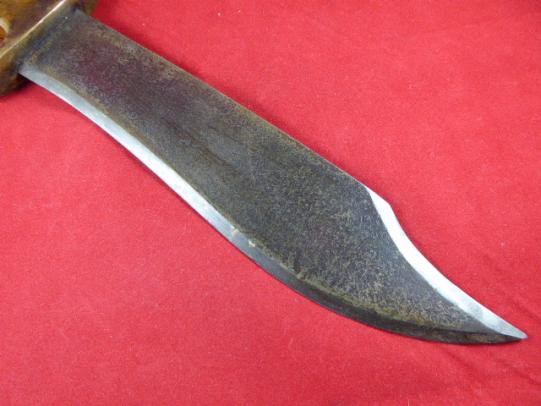 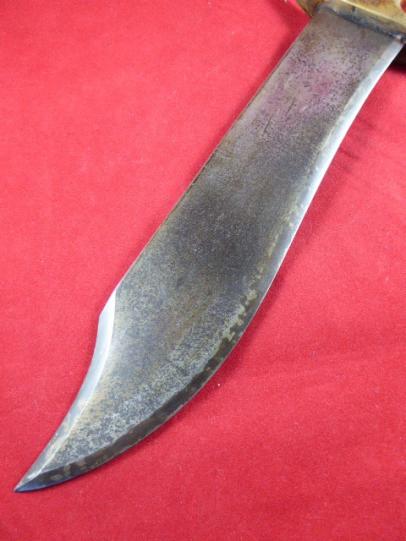 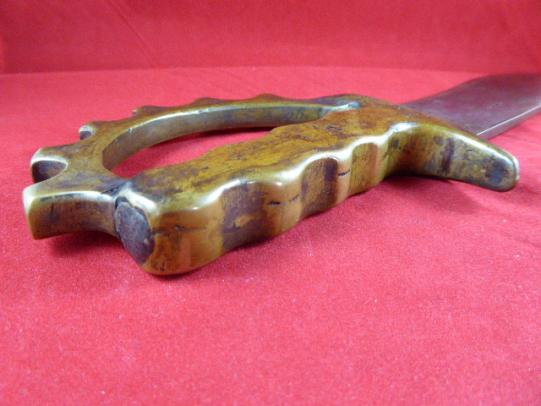 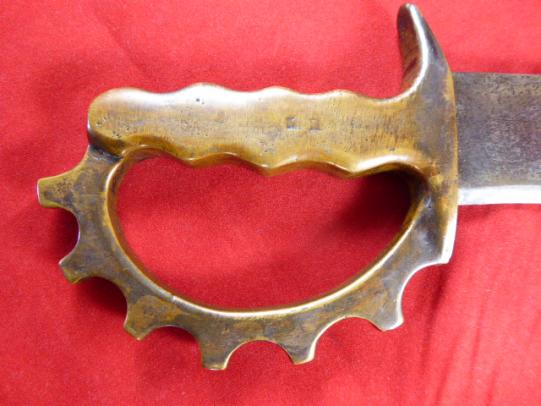 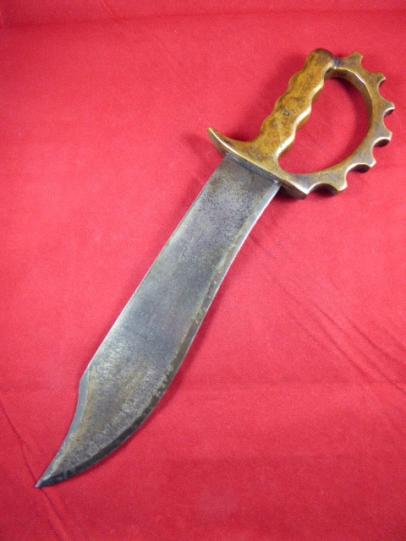 Here on offer is an authentic WW2 brass knuckle Ranger Knife also known as the 1st Battalion Ranger knife, of which this is the larger version.

I have been informed that these knifes where identified a long time ago in Harold Peterson’s book, AMERICAN KNIVES as the "1st Battalion Ranger" knife.

However they have subsequently been identified as being the product of Australia, and saw service in the Pacific Theatre during WWII.

This fine “large” example has a 9.25” (24.2cm) long clip pointed blade with a 2.75” (7cm) false edge. The blade has a lovely dark aged patina to the finish and shows large areas of light pitting, some of which would clean off, but I like to keep the edged weapons as authentic and original as I find them.

The heavy blade is 0.25” (0.6cm) thick, on the blunt side near the crossguard and has traces of a semi-circular maker’s name, but I can only make out the last four letters, being “XHAM”. On the same side near the maker’s mark, I can also just make out the number “3”.
Being a theatre made piece, the Australians used whatever blades they could lay their hands on and I believe this blade may have originally been a WW2 English machete blade, that has been refinished into this fine clip pointed blade.

The solid brass “knuckle duster” style hilt, grip and crossguard are all cast from one brass moulding and have been hand finished. The brass has a beautiful untouched dark aged patina that in my opinion compliments the finish on the blade. There seems to be two letters stamped into one side of the grip, which I think look like “S R”. There is also a mark on the other side but I just can’t make out what it is.
The tang of the blade has been fitted through the grip and very well secured by hammering it flush with the top of the grip.

The knife would have originally come with a hand made leather scabbard, but sadly that has been lost to time.

It is generally believed that while some of these knives saw use in combat in the Pacific by US GI’s, as private purchase weapons, the majority of the surviving examples probably came home as souvenirs.

This really impressive looking fighting knife makes a great addition to any collection of WWII theatre and fighting knives.


Please see my pictures for the details of the condition, which complement this description.