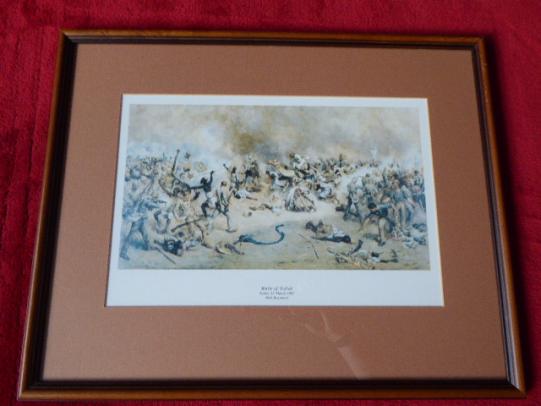 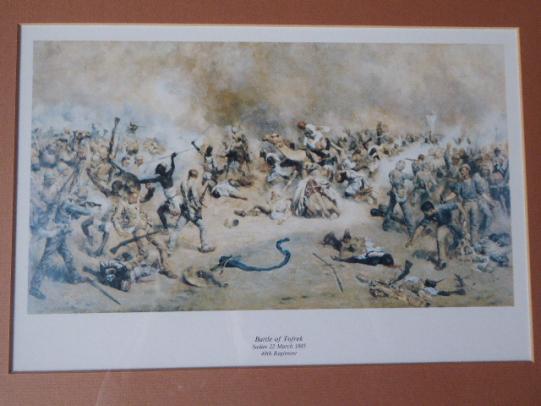 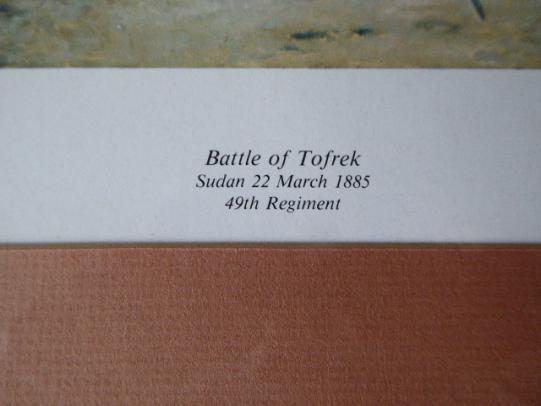 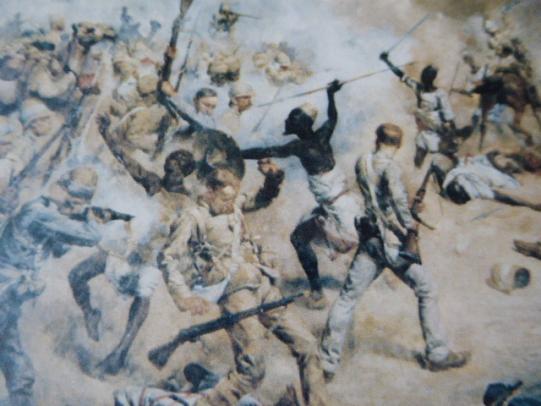 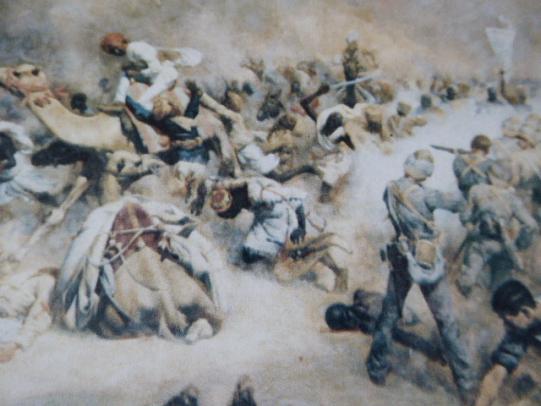 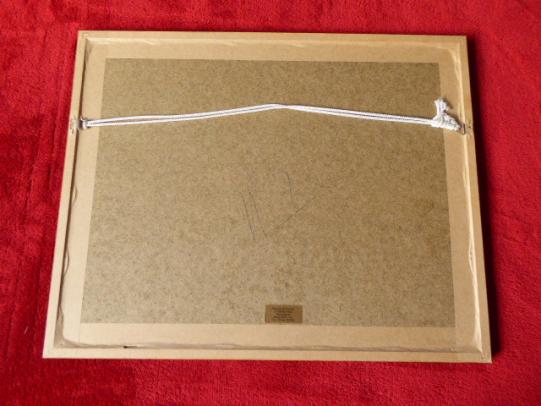 Here on offer is a framed colour print of the Battle of Tofrek in Sudan on 22nd March 1885 by the 49th Regiment.

The print is in excellent clear crisp condition and has been professionally mounted and framed with a clear glass front and thin light coloured wood edges.

The Battle of Tofrek was fought on 22nd March 1885 some 5 miles inland from the port of Suakin on the Red Sea coast of Sudan.
A contingent of some 3000 troops from the British and Indian “Suakin Field Force” led by Major General Sir John Carstairs was attacked by a Mahdist force under the leadership of Osman Digna. The Mahdists were heavily defeated, losing some 1000 of their 2000 fighters as compared to the loss of 70 British and Indian soldiers plus over 100 casualties.
It became a hollow victory however, when two months later, the British government changed tack and withdrew the bulk of its forces from the Sudan, leaving the Mahdi’s successor, Abdallahi ibn Muhammad (the Khalifa), in control of the region for the next 13 years.

As this is a large and heavy item, UK postage will be £12 via Parcel Force and please contact me via email for the international postage charge for your specific country.

Please see my pictures for the details of the condition, which complement this description.
Please see my TERMS OF BUSINESS regarding Deliver Charges and Insurance regarding additional insurance cover, should you require it, BEFORE the item is dispatched.