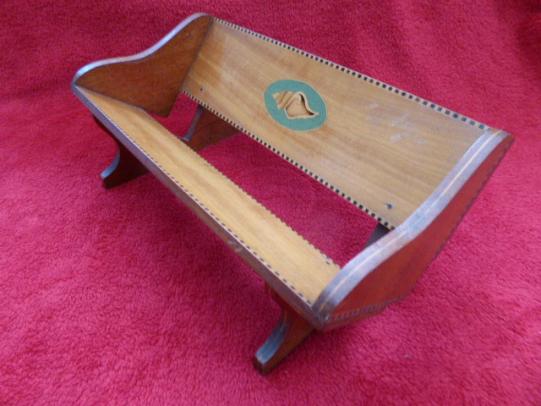 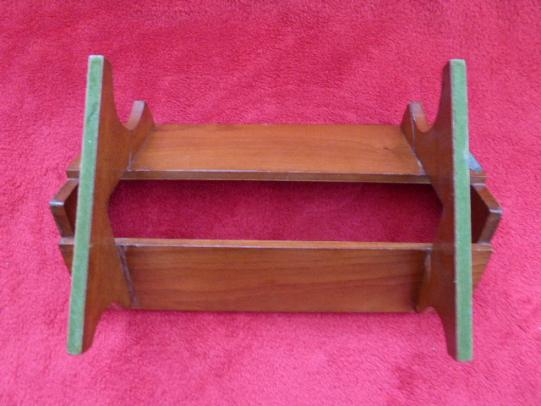 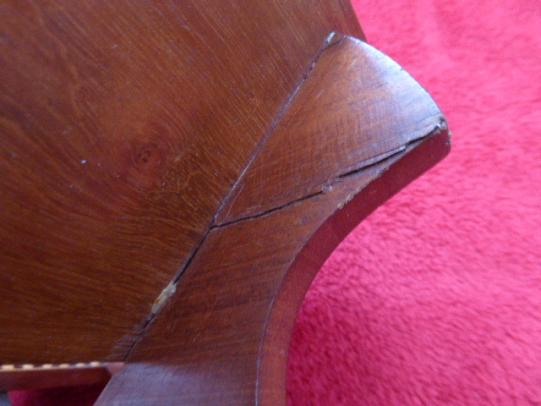 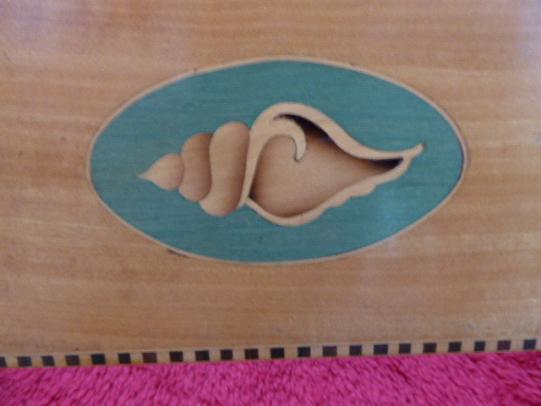 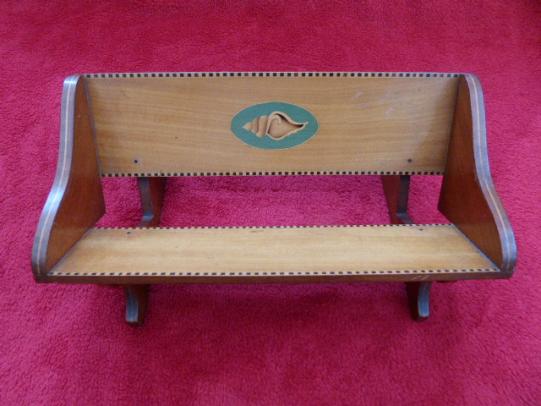 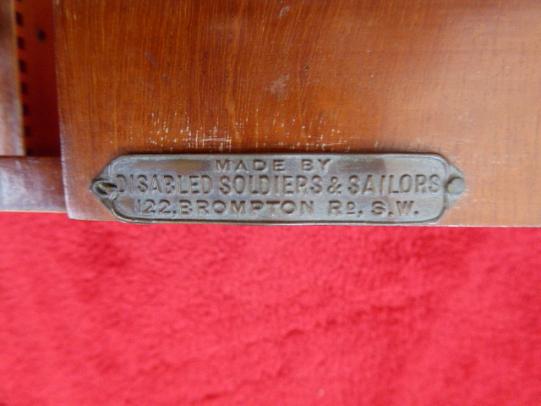 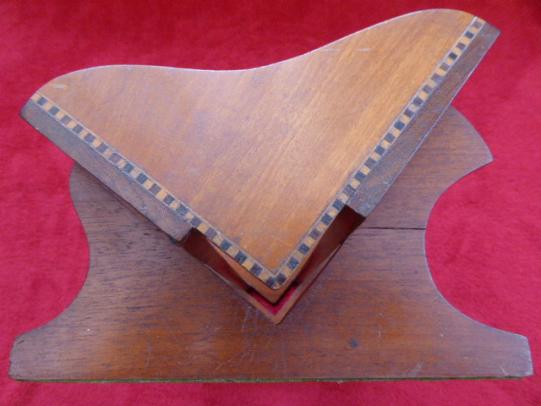 Here on offer is a beautiful and original WW1 inlaid wooden Bookrest made by disabled soldiers and sailors in the factory provided by the lord Roberts Memorial Fund.

It has been beautifully made and the detailing in the marquetry is of a high standard considering many of these injured WW1 servicemen were missing limbs and eyes.

The seashell set in the light green oval is just stunning.

There is a slight bit of wear to the outer edges of the rest and both the rear supports have splits in the wood, but are still fitted as solid as a rock!

Underneath it still has its original brass label which states:

This address is recorded as the head office of the Lord Roberts Charity that ran the workshops.

The idea for the Fund originated in December l908, when the Daily Telegraph celebrated its half centenary, by holding a dinner for 700 Crimean and Indian mutiny veterans in the Albert Hall. One of the guest speakers there was a much loved and highly decorated soldier, Lord Roberts VC. After paying tribute to the regiments in which they had served, he walked among the veterans and was distressed to learn that many of them were now living in poverty.
Lord Roberts immediately launched an appeal to help them and within seven days £ll,500 had been raised, within twelve months£38,000 had been donated. (£1,500,000 today). The money which was raised, assisted over 800 ex-soldiers, many of whom were “Taken from the workhouse and enabled to end their lives in dignity and modest comfort.” The Fund was looked after by The Soldiers and Sailors Help Society and was intended to expire on the death of the last survivor of the Crimea and Mutiny campaigns.
In June l9l4, the trustees of the Fund met for the last time. Lord Roberts was there, and later remarked to a colleague - Miss Acton, that he thought “ a European war was imminent and hoped the Society would expand greatly to deal with the casualties that were bound to come.” Sadly, five months later Lord Roberts' death was announced and Miss Action remembered his words, particularly as Britain was now at war with Germany. She reported her conversion with Roberts to her boss Lord Cheylesmore, the chairman of the Help Society. As a result The Lord Roberts Memorial Fund was launched and soon £500,000 was raised which enabled the first workshop for disabled soldiers to be opened in Fulham in l9l5.