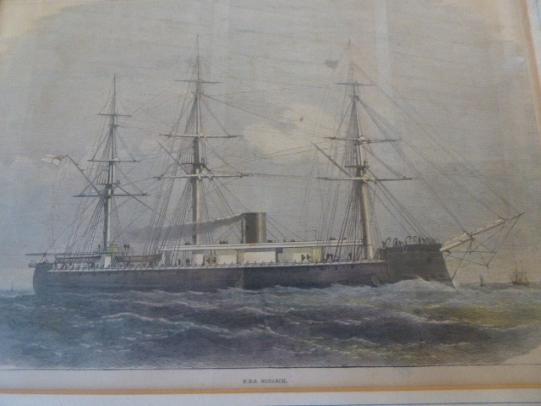 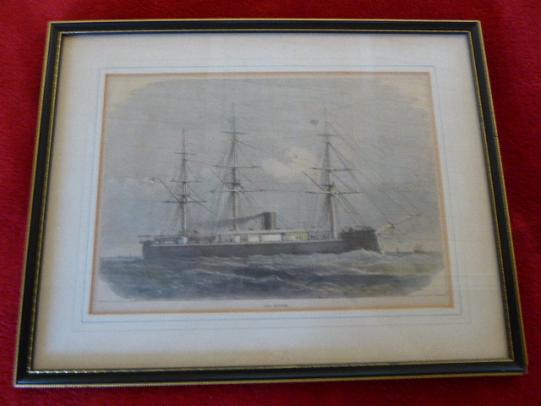 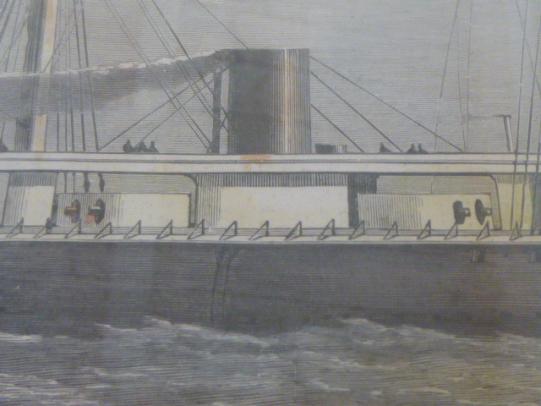 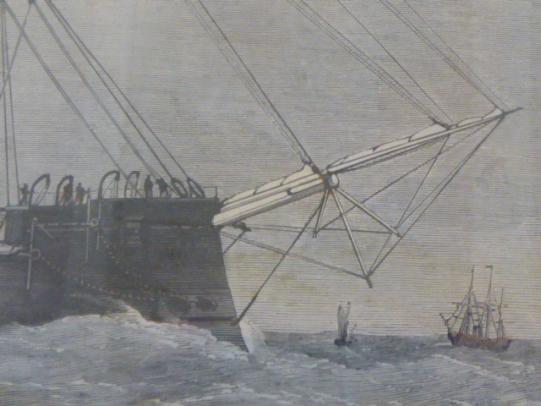 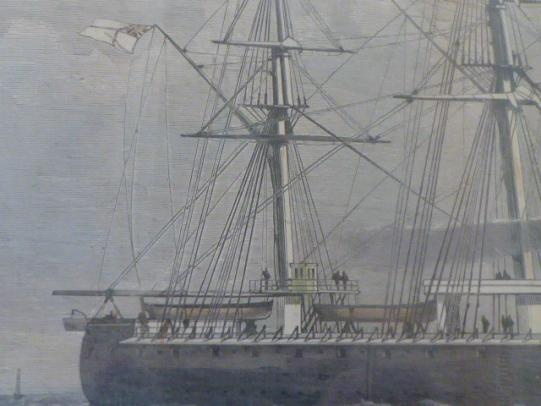 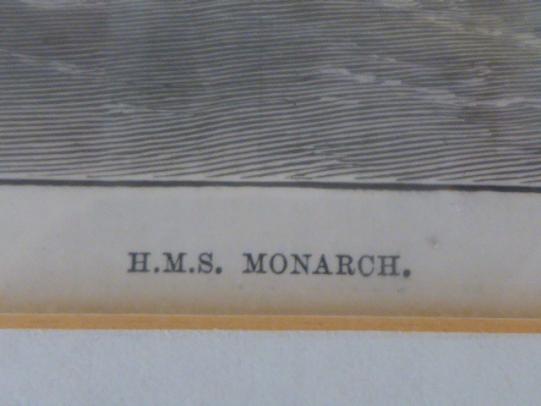 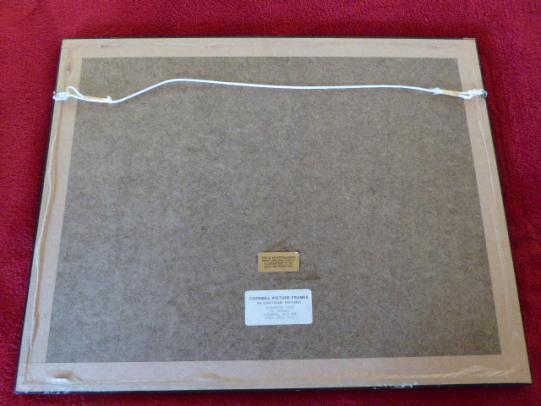 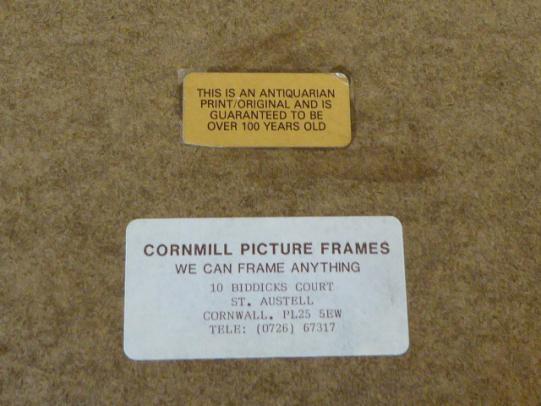 This fine example has been professionally framed by Cornmill Picture Frames prior to 1995 as the phone code on their label is 0726, which changed in 1995.

The print itself looks to be in great condition, with just a couple of very small stain marks.

HMS Monarch a masted turret ship was the first sea going turret ship and the first British Navy warship that was equipped with 12” guns.

She was the fastest battleship of her time and was also fact under sail, but apparently difficult to handle.

She was modified in 1872 to carry a barque-rig and in 1878 two torpedo launchers where fitted. More modifications were completed in 1890 and 1897.
She took part in the bombardment of Alexandra before becoming a guardship in 1897.
She was renamed SIMOOM in 1904 when she became a depot ship.
She was sold for scrap in 1905.