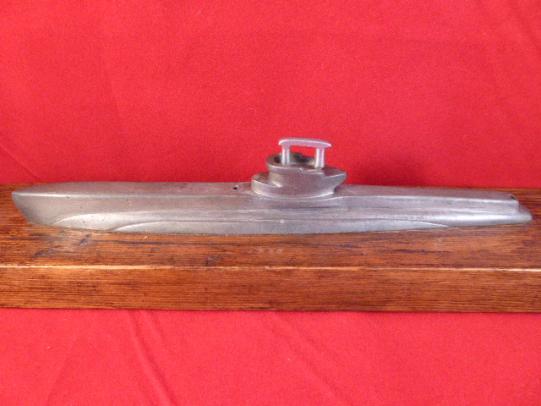 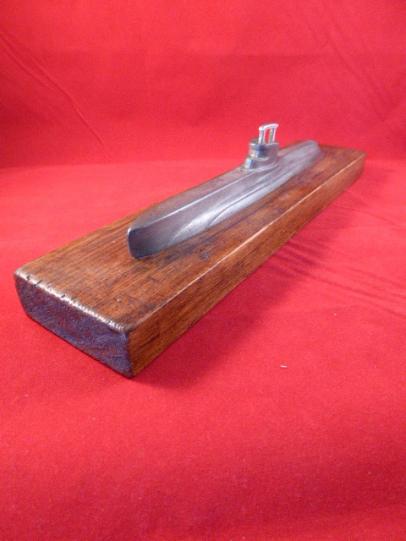 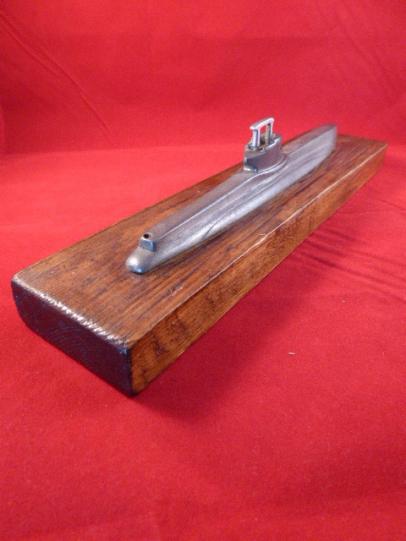 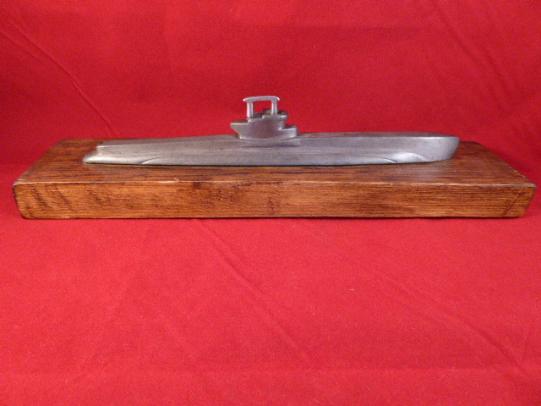 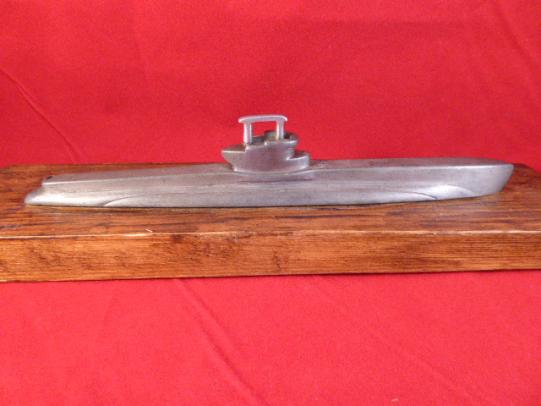 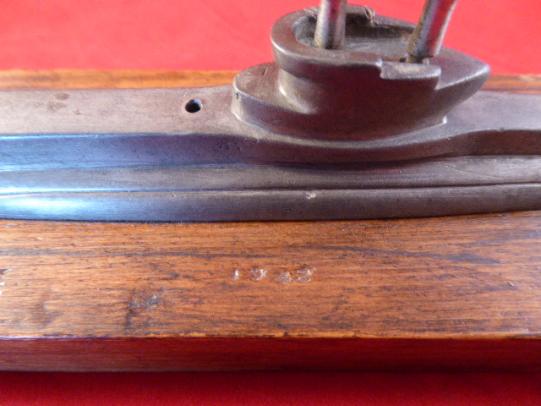 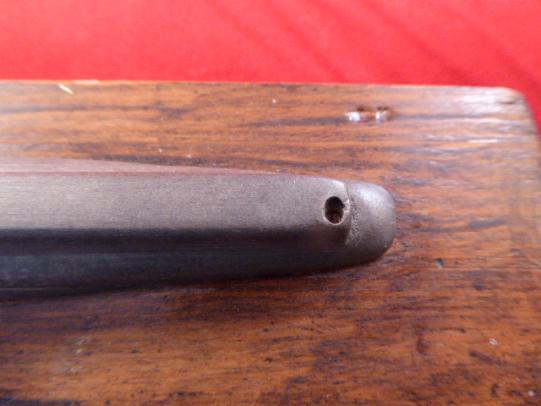 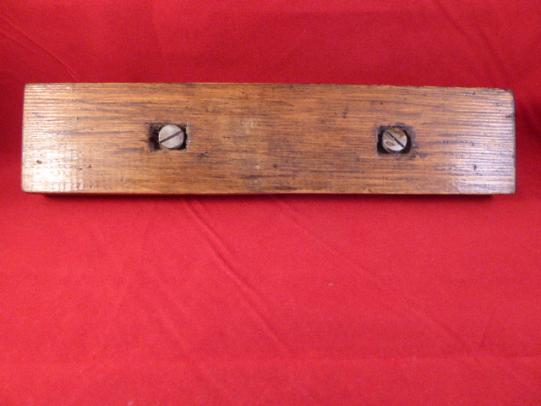 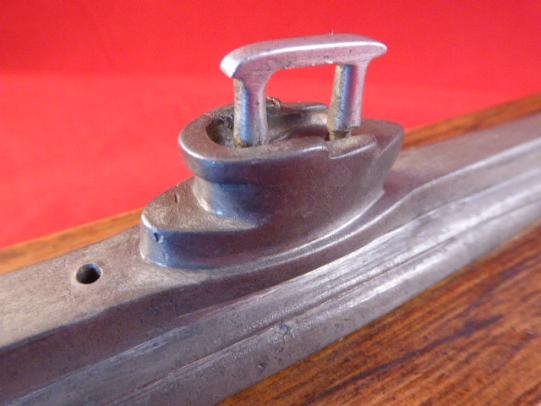 The submarine has been made from a solid piece of aluminium that has been beautifully hand tooled into the sleek lines of a WW2 submarine.
The conning tower has been crafted to scale and has what I think are two brightly polished snorkels, joined together at the top, inserted on the bridge.

There is a small hole just in front of the conning tower that may have held a model cannon or mast and a similar hole at the back for a mast?

The model has been mounted onto a solid (oak) wooden base, which has 1942, and BN stamped into the wooden surface. I guess 1942 is the year it was made and BN are the initials of the maker?

This model makes a great desk display item and can act as a paperweight as well.

The S class was a medium sized patrol submarine, designed with the proposed international restriction of 600 tons displacement in mind. Intended for use in north European or Mediterranean waters, they were highly manoeuvrable and fast diving with a heavy armament of torpedoes. This allowed large salvoes to be fired from long range in an effort to counter the improved anti submarine techniques.
This proved to be a very successful design that was put back into production during the WW2, 62 boats of this class being built. Some boats were partially welded and the later ones fully welded construction, improving the strength of the pressure hull and consequently increasing their diving depth.