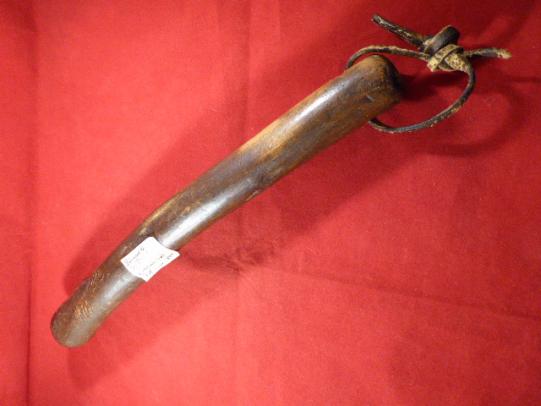 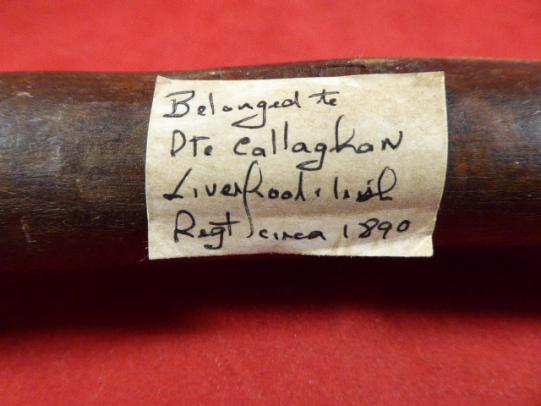 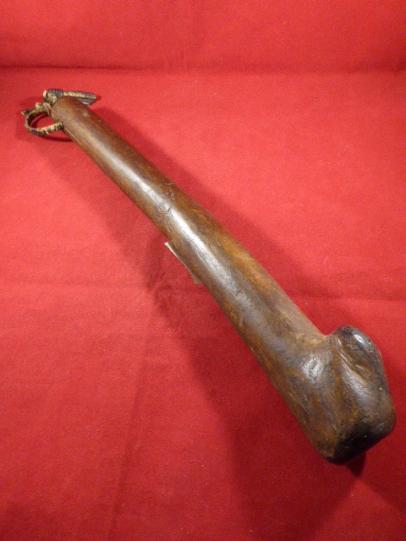 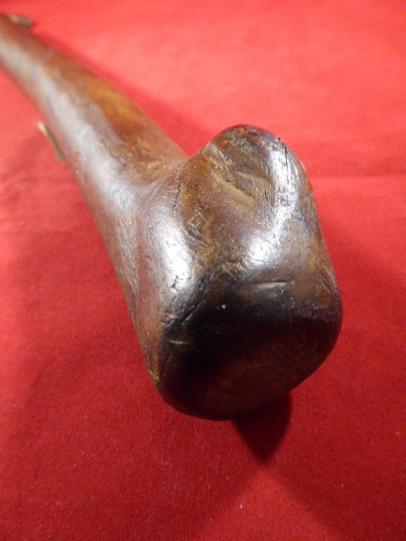 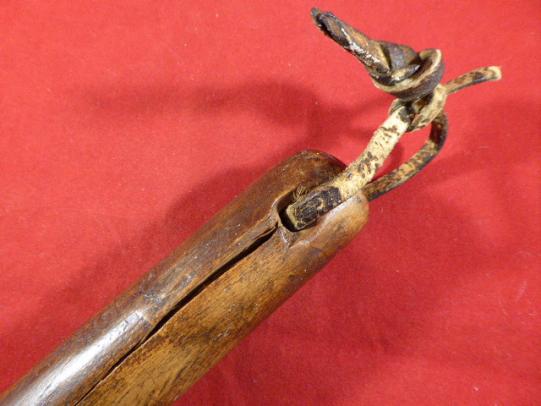 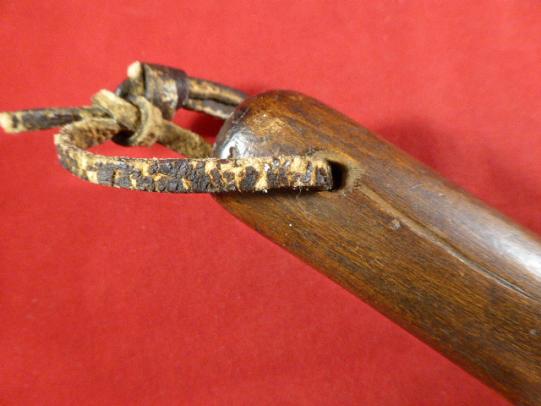 The truncheon has usage marks and some age splits near the base where the hole has been made to take the leather cord.

It still has a very old paper label attached that states:


Liverpool’s large Irish community formed the 64th Lancashire Rifle Volunteer Corps on 25 April 1860, one of many volunteer corps raised in Lancashire in response to heightened tension with France. The Liverpool Irish became a volunteer (later Territorial Force) battalion of the King’s (Liverpool Regiment) in July 1881. As such, it fought in the Second Boer War and, sustaining thousands of casualties in numerous battles that prominently included Givenchy, Guillemont, Third Ypres, and the Hundred Days Offensive. Disbanded after the Great War in 1922, the Liverpool Irish reformed in 1939 before WW2 and constituted the nucleus of the 7th Beach Group that landed at Juno Beach on 6 June 1944, D-Day.