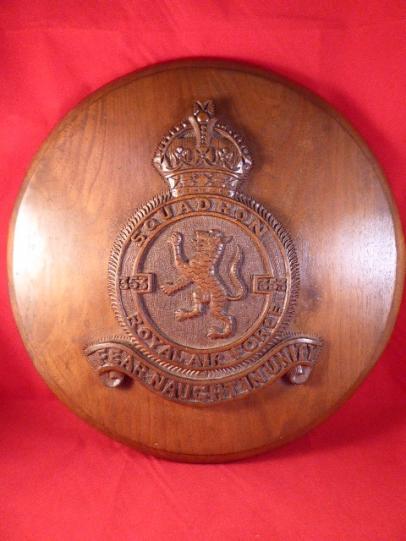 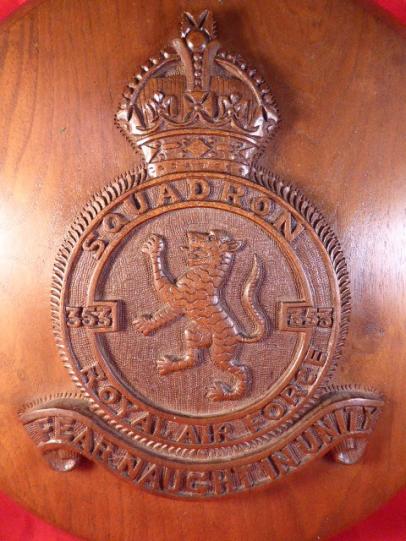 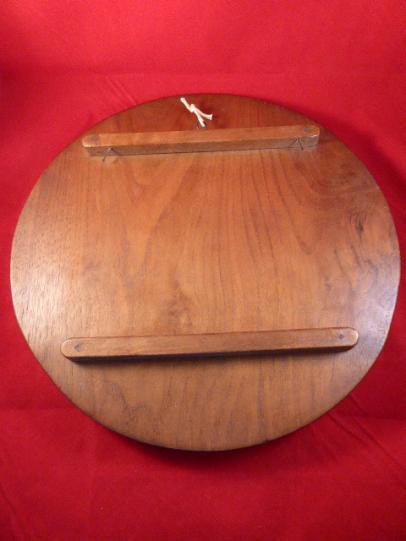 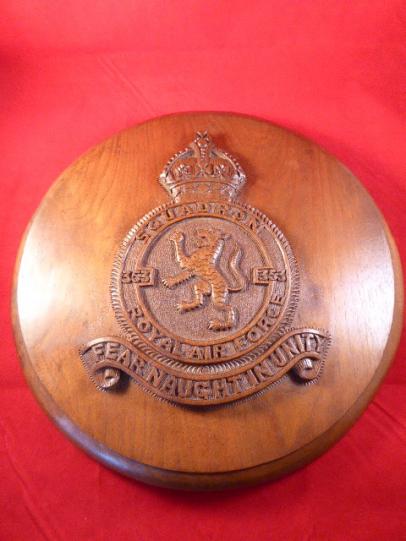 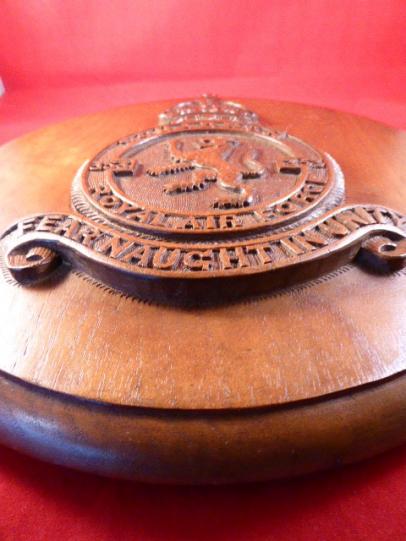 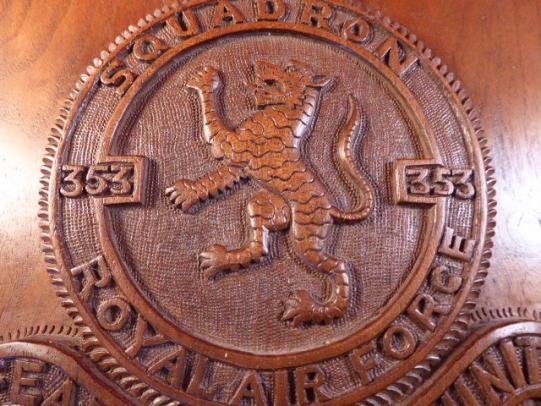 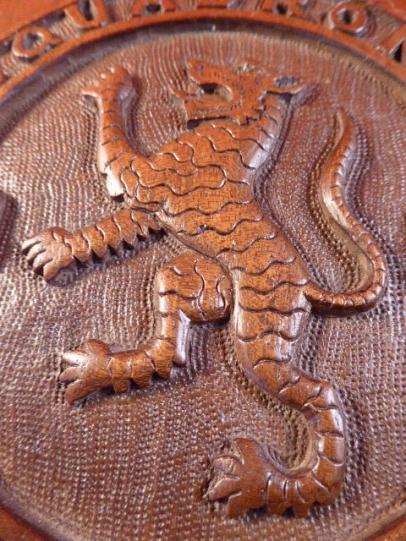 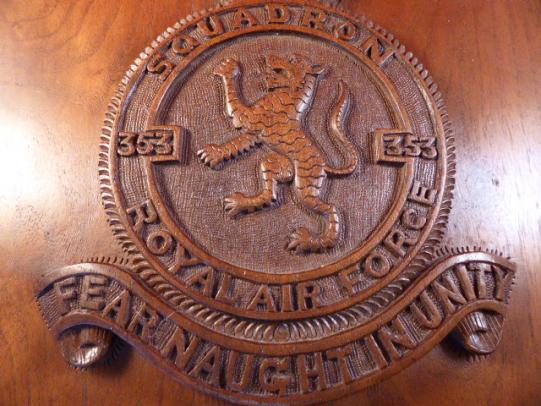 This Plaque came with a solid brass ‘Trench Art’ model of an RAF Lockheed Hudson light bomber and reconnaissance aircraft, which I have also listed for sale.

The Plaque itself has been skilfully hand carved from one solid piece of hardwood, possibly an Indian rosewood and depicts the crowned badge of the “Bengal Tiger Rampart” for No.353 Squadron.

At the base in raised letters is the squadron’s motto:

No.353 Squadron was active during WW2 and was formed at Dum Dum, Calcutta on 1 June 1942, with three Hudsons for general reconnaissance duties.
Patrols over the Bay of Bengal began on 13 July, which continued until 8 August 1943 after which the squadron moved to Palam to take over the mail runs from No.194 Squadron.
The Hudsons operated a network of services throughout India and in April 1944 they were supplemented by Dakotas, which formed D Flight. In August, five Ansons were taken into use for short-range communications and by October the Hudsons had all been replaced by Dakotas. Expediters took place of Ansons early in 1945, but by May 1945 the squadron had standardised on Dakotas of which it had twenty-seven on strength during the latter half of the year.
Transport duties continued until No.353 disbanded on 1 October 1946.